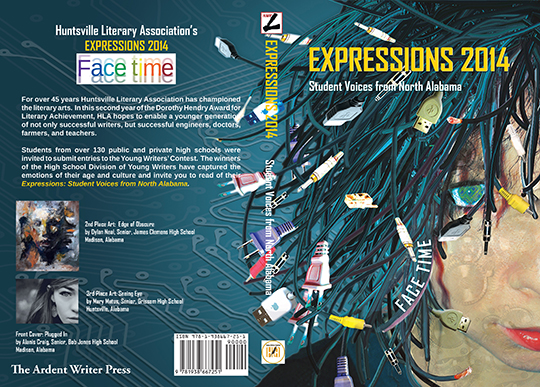 Front and Back Cover for the 2014 Edition of Expressions – Student Voices from North Alabama, the student anthology of the Huntsville Literary Association

Expressions 2014 will be published in May 2014 and available on Amazon.