Tales of the 319th by Joseph W. Connaughton is Published!

Tales of the 319th, the WWII series of stories about the 319th Bomb Group by Joseph W. Connaughton (Joe to his friends) was published by The Ardent Writer Press this week!

And to sweeten the experience, the old bombardier celebrated his 91st birthday on Wednesday, December 10th.  A few of his writer group friends met with him on Tuesday night in Huntsville to toast his birthday and his publication.

Joe’s friend from New York City, a contributor to many east coast periodicals, Suzanne Charle (Char-lez), bought the champagne that was used in our toast as well as a bottle of pinot noir wine, entitled “Storyteller,” a nice touch for Joe the gentleman warrior and writer. Suzanne’s family also had members in the 319th Bomb Group.

After enjoying the champagne along with sparkling grape juice, cheese, nuts and desserts, our group talked “writing” and poetry.  It was noted that both Joe and Doris were published in the Christmas issue of Old Huntsville Magazine with a chapter from Tales of the 319th, “A Christmas to Remember”, being the feature story for the magazine.

At the end of the night Joe took the bottle of “Storyteller” home to his wife, Laura.  We’re all very happy for Joe’s accomplishments and his publication.

Anyone with an interest in WWII and the life of the soldier aviator should buy a copy of Tales of the 31th.  It’s a wonderful chronicle of this famous flying group, with just the right mix of drama and humor.  Get one today on Amazon! 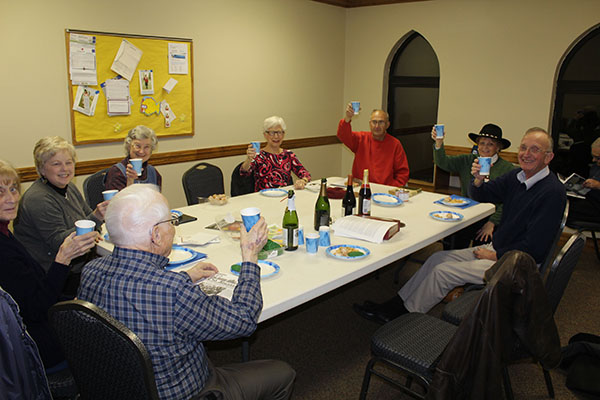 Friends enjoy a toast with Joe over his birthday and publication 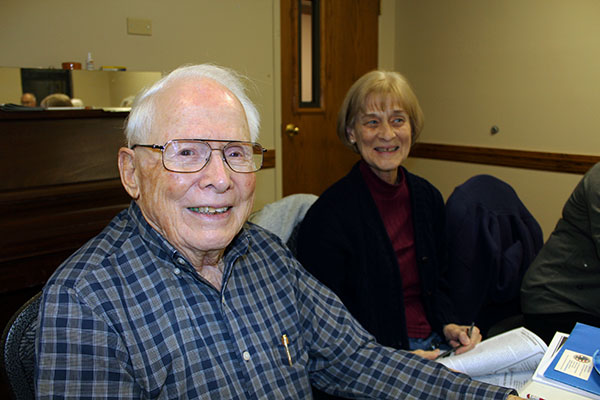 Joe and writer friend, Doris Posey (right), were both published in the Christmas Issue of Old Huntsville Magazine 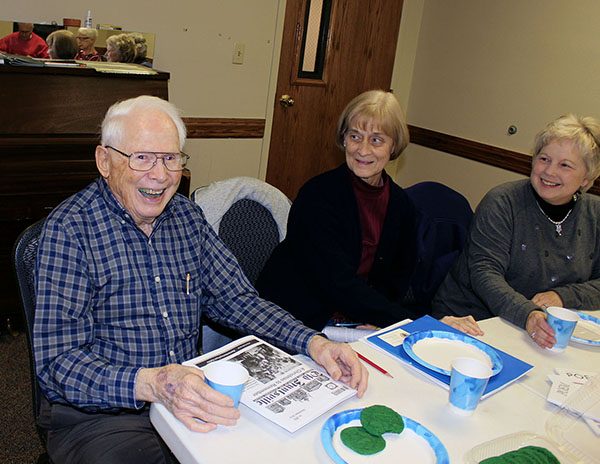