Searching for Nannie B. by Nancy Owen Nelson – Published!

Searching for Nannie B., Nancy Owen Nelson’s memoir of her journey to connect with a lost grandmother, was published by The Ardent Writer Press in May, 2015.

How would you be affected if your mother died giving you life? And how would such a loss affect your children? These questions are the foundation of many issues raised by Nancy in Searching for Nannie B., the chronicle of her search for the missing pieces of a grandmother who in 1905 died giving the author’s mother life. It was a tragedy that seemed to affect multiple generations, the voids in identity and ill-spent guilt flowing from the stream of blood that kept mother from daughter, and then from granddaughter. But it was a search well-spent.

Nancy’s pastor, The Reverend Roger Mohr, First Unitarian Universalist Church of Detroit, may have said it best. “Often the tapestry of family history does not seem to offer us the sort of clarity about who we have become, and why. And sometimes the narrative tells us a story about ourselves that we do not wish to accept.” Nancy Owen Nelson’s search resulted in raising more questions about herself, even as it answered questions about her mysterious grandmother. Nonetheless, in the end her journey toward discovery was one of startling self-awareness and connection. No matter whether you feel connected or lost in family, you will be unable to avoid the heartfelt pleasure and pain that comes from the author’s brave attempt to connect and understand three generations of Southern women, her lost grandmother, Nannie B. Russell Chandler, her mother, Nannie B. Chandler Nelson, and herself.

The memoir is on sale in numerous online retail stores such as Amazon, Books A Million and Barnes and Noble. Available in both paperback as well as eBook, the Amazon and Facebook links to the book are below: 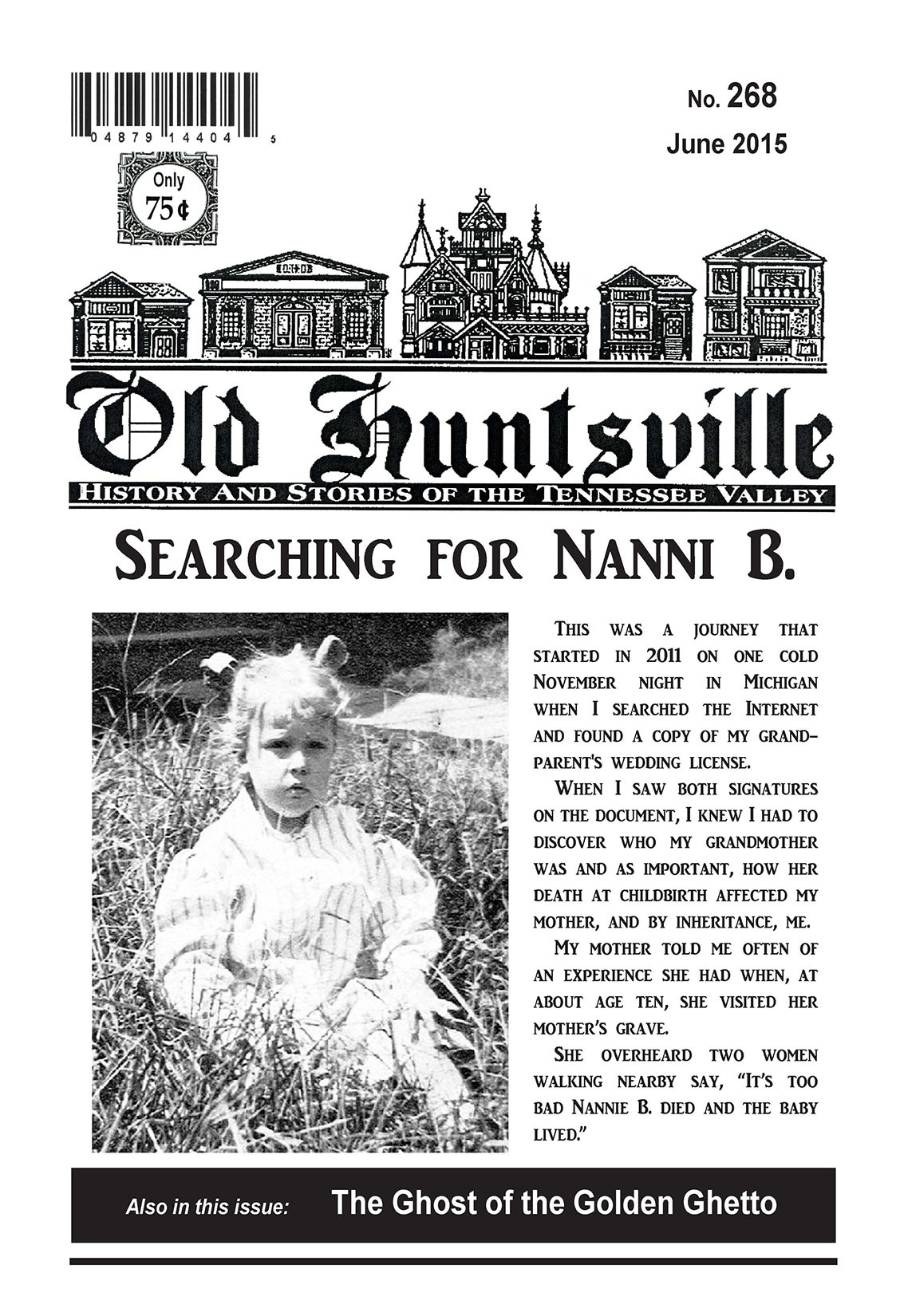 Nancy’s book was centerstage in the June issue of Old Huntsville Magazine.  Nancy wrote the feature article for the issue, summarizing her journey, especially the part that newfound friends in New Hope, Alabama played in her success.  The link to the PDF of the article is HERE.

Ms. Nelson is conducting a book tour in Michigan, Alabama, and Arizona in the near future.  Those locations are listed on her web site. Here is the link to the book tour for Searching for Nannie B.

Alabama locations are emphasized in this advertising for Old Huntsville Magazine.  Not included in that advertising was a book signing on Wednesday, July 1, 2015 at Birmingham Unitarian Universalist Church, Birmingham, Alabama at 4:00 p.m. 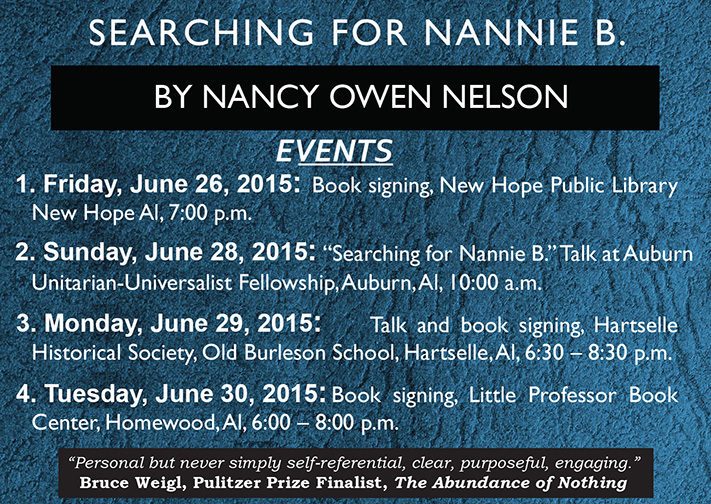