I opened my business box at the post office on October 29 to find a letter addressed to Ardent Writer author Nancy Owen Nelson. It was a personal note to Nancy from Mr. W.S. Allen of the Morningside Assisted Living Home of Auburn, Alabama.

I knew that Nancy received an advanced degree from Auburn University, taught as an assistant there, and with the publication of her memoir, Searching for Nannie B, did some well-received and publicized lectures in June at Auburn after my publication of her memoir in May. I called Nancy on the phone, read the sender’s name, and asked her if she wanted me to send it to her unopened or open and read it to her. I was intrigued as Mr. Allen obviously used my website to contact Nancy. Nancy asked that I read it as she was also immediately interested. In a moment I would know why.

As I read the note to Nancy, I was struck by the opening line. “I thank you kindly for your fine story of your search for Nannie B. I read it in one day, not for a minute ready to put it down. Now it is in my mind.” What a wonderful tribute! I was very happy as I read that but was astounded when I finished. Nancy quietly said W.S. Allen, or “Ward” as it ended, was probably her old mentor at Auburn University.

It seemed quite possible because Mr. (Dr.) Allen went further and with some detail compared Nancy’s story and characters to those in William Shakespeare’s Measure for Measure. It oozed appreciation and scholarship of the literary arts, certainly not something a normal person would do. The letter ended with this heart-warming note. “I wonder in my days ahead I will be thinking of you and your characters. Such thoughts often come by surprise and brighten one’s life. I thank you kindly for the gift of this fascinating story. Yours kindly, Ward Allen.”

Per Nancy’s request, I scanned the letter and sent her the original to her home in Dearborn, Michigan. Nancy wanted to contact to confirm he was THE Professor Allen and to secure his permission to write this blog. She sent me an email this past week confirming his identity and saying Dr. Allen had given his permission.

We want to share it with you so it is attached below. Nancy holds this letter closely as it comes from a great man of the arts. Professor Allen personally motivated her and many other literary minded students and lovers of the arts, as well as many up and coming English and literature professors, many of whom, such as Nancy, are also successful writers.

Ward Allen was the Hargis Professor of English Literature at Auburn from 1974-1987. He was also a John Simon Guggenheim Fellow from 1972 to 1973 and retired as Professor Emeritus in 1987.

Regards to you all! 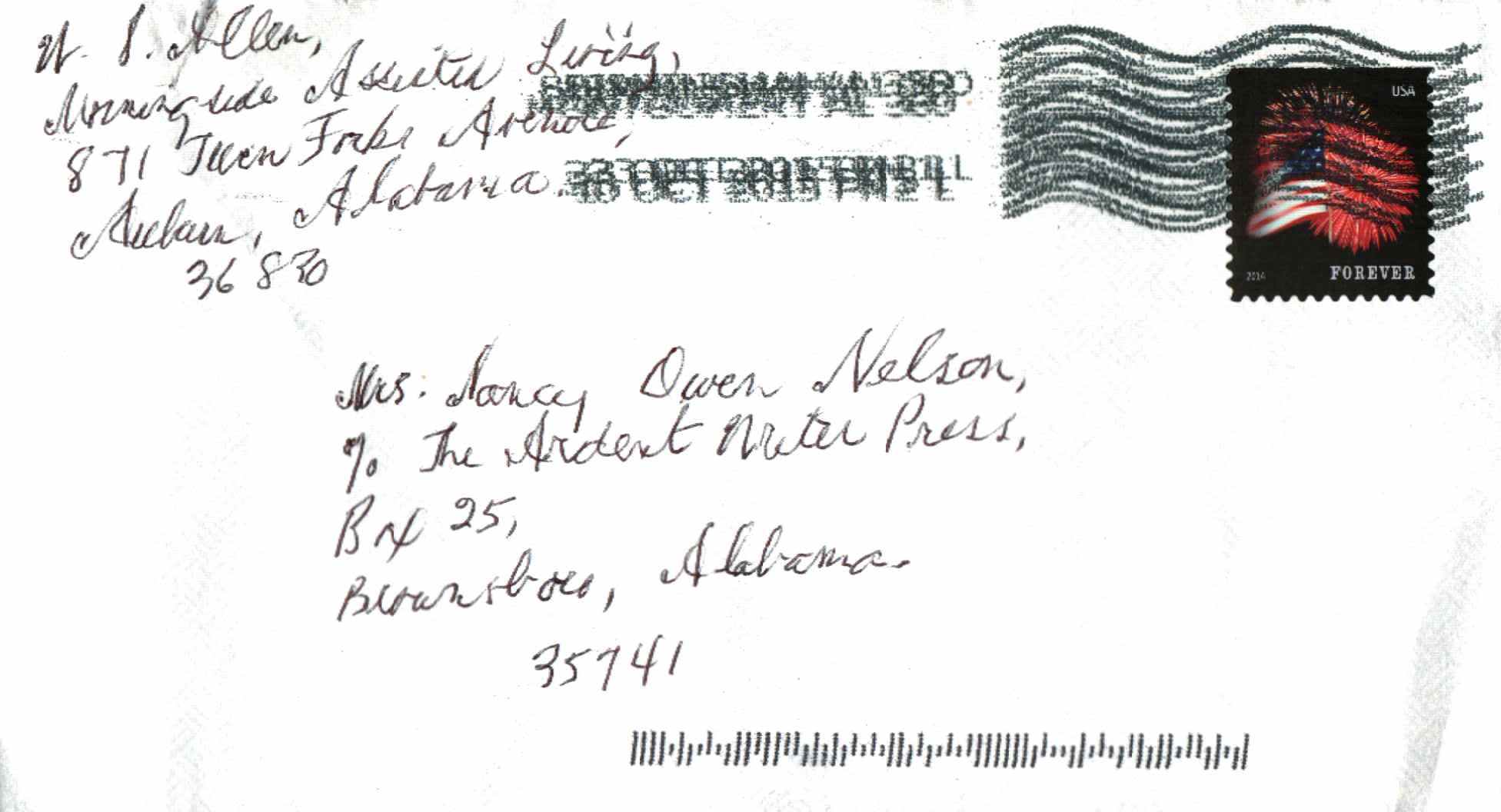 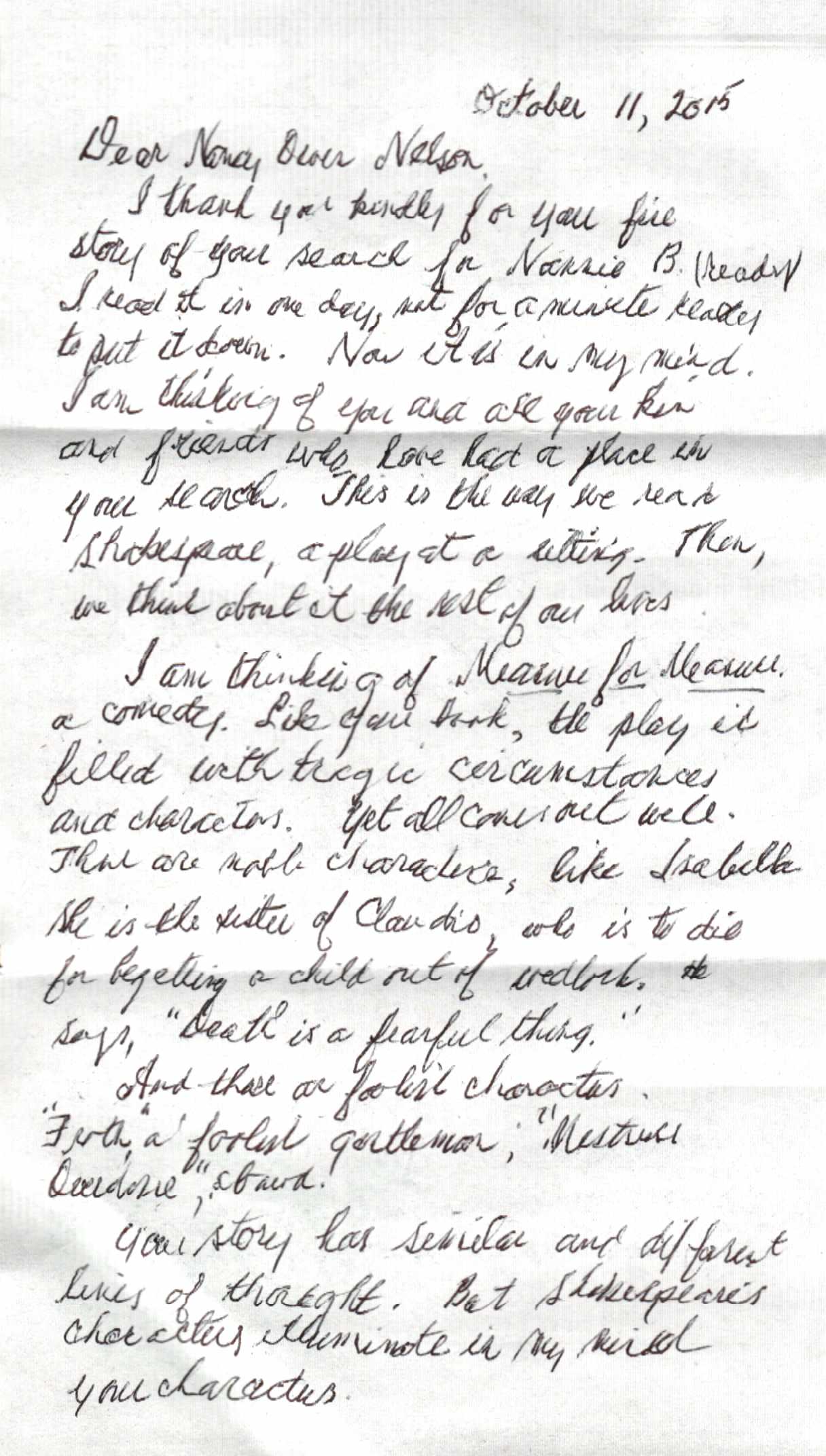 Page One of Ward Allen’s letter to Nancy Owen Nelson 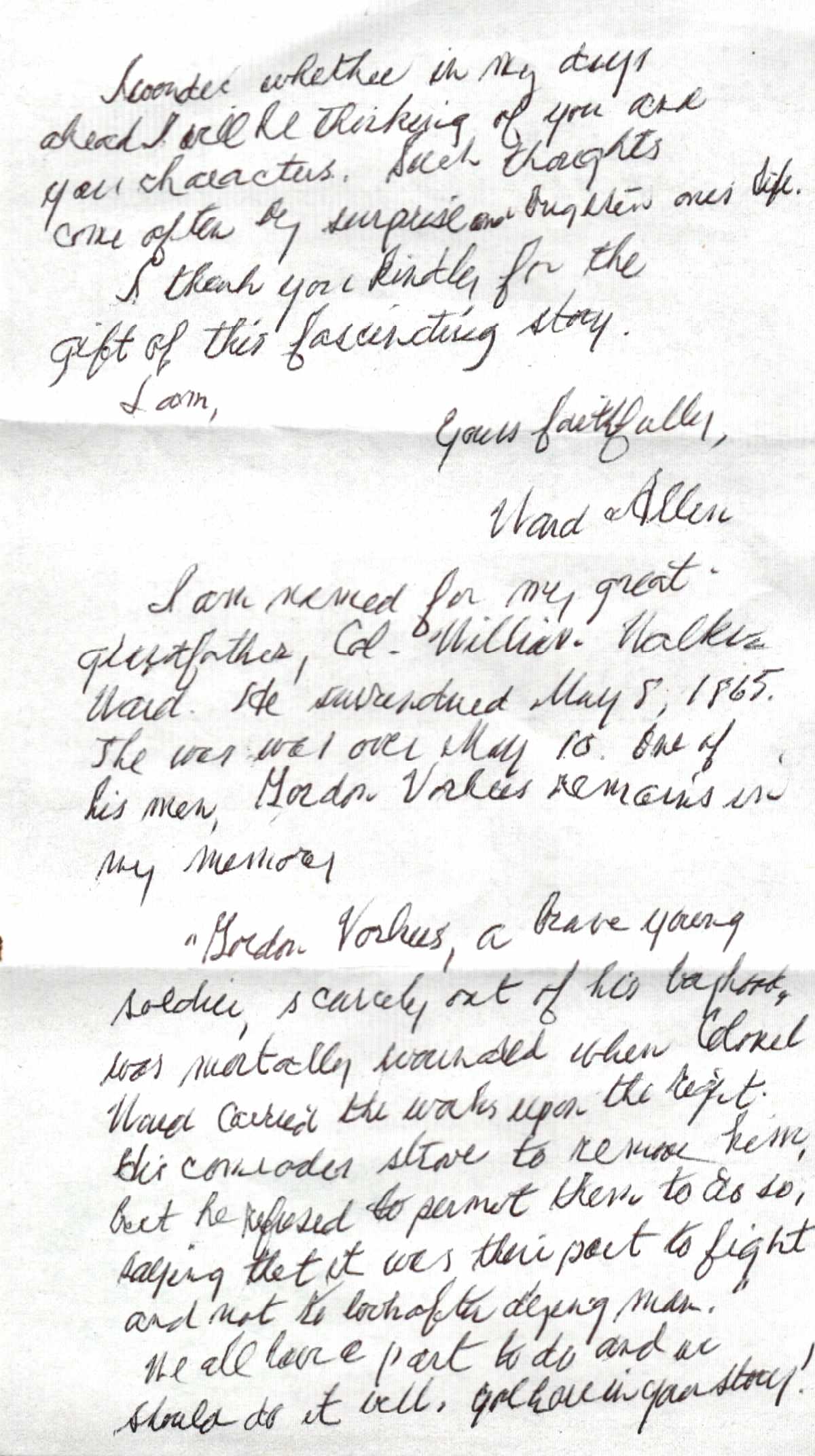