“Steeped in history, written with deep social, psychological, and political awareness, the pages of The Blue House Raid turn themselves. Working girls selling sex. South Korean soldiers embedded with the US military. Ordinary citizens interacting with American soldiers. North Korean commandos priming themselves for an attack on the South Korean Presidential Palace. All leading to a tragic confrontation as absurd as it is inevitable. A magnificent story.”
– Robert Roth, co-creator of And Then magazine, author of Health Proxy and Book of Pieces 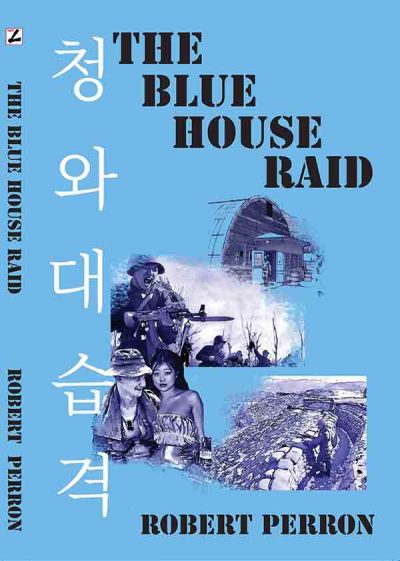 In the fall of 1967, I received orders for Korea, welcome news for an infantry lieutenant, the alternative (so we envisioned) being killed in Vietnam. On the downside, this meant I wouldn’t be able to gather material for a great war novel.

My first hint that all was not rosy in Korea came when a sergeant sang out my orders at Kimpo Airbase: “First battalion, twenty-third infantry.” Then added, “Sorry about that, Sir!” I traveled north and found that along the DMZ, the line battalions of the 2nd Infantry Division were engaged in a series of border incidents and skirmishes that later became known as the Korean DMZ Conflict.

The two most serious incidents of that era both occurred in January 1968. First came the Blue House raid, a North Korean commando attack on the presidential palace in Seoul with the intent of killing the president of South Korea. A few days later North Korea attacked and took possession of the USS Pueblo and its crew. In response to the raid, my battalion, 1/23, turned out to do battle with the commandos and, in fact, intercepted some of them on the night of 24 January. Furthermore, the point of interception was Company A where I was the executive officer. So dumped in my lap was an inside look at (arguably) the most significant cold war event to hit Korea.

My Korean experiences lay dormant for many years as I returned to civilian life and became enmeshed in work and family. Finally, divested of a day job, I turned to writing a story not only of the American infantry’s small role in the raid, but of the whole of the GI experience along the DMZ in that era. Then I factored in the Korean perspective, both north and south. Although entitled The Blue House Raid, the scope of the novel is much wider.

In pursuit of the means to craft the story, I took classes and joined workshops. I cranked out short stories, with 20+ publication credits. Queries went out to agents and publishers. I was very fortunate to be picked up by Doyle at AWP, who told me: good material, needs a little organization. He followed up with a masterful edit. Then Steve came on with a superb cover design and layout.

I currently live with my girlfriend Irene in NYC where I’m immersed in several writing communities and working on a second novel. I’m pleased to be part of the AWP community. 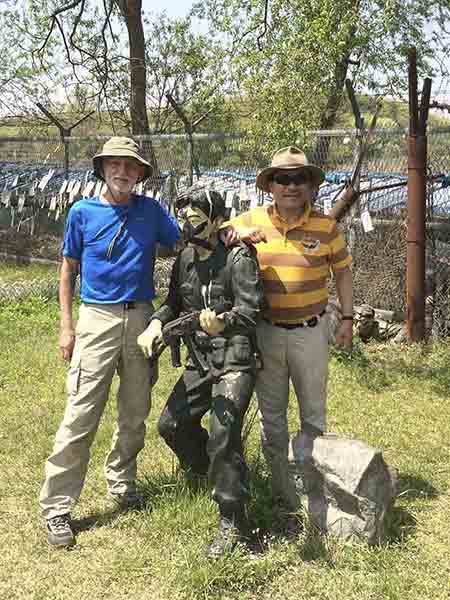 The Blue House Raid is being translated into Korean! In this picture from May 2017, I pose with Euigoo Kang, the translator, and a statue of one of the Blue House raiders. We are a kilometer below the DMZ in the area I once patrolled.

During the Vietnam war, a lesser-known conflict played out along the Korean DMZ. The Blue House Raid by Robert Perron dramatizes its most egregious incident, a North Korean raid into the heart of South Korea. The story centers on a squad of American soldiers but expands for glimpses of the Korean population both south and north.