Murray Dunlap Signs with The Ardent Writer Press for His Collection, Fires and Other Stories

On February 7, 2015 Murray Dunlap signed with Steve Gierhart and The Ardent Writer Press for the publication of his short story collection, Fires and Other Stories. Murray and Steve met for the first time on this pleasant Saturday at Author Expo 2015 at the Birmingham Central Library in which both publisher and author participated. Steve introduced Murray to several other Ardent Writer authors who also presented their books to the public.

Murray has been published in more than 50 periodicals among which are The Bark Magazine, Virginia Quarterly Review, and Post Road. His stories have been nominated for the Pushcart Prize three times, as well as to Best New American Voices. The story ‘Race Day’ was a finalist for the American Fiction Short Story Award, 2014. His first book, Bastard Blue, was published by Press 53 on 6/7/11 (The three year anniversary of a car wreck that almost killed him). It is a collection of short stories, all fiction.

As author Michael Knight (The Typist) says Murray’s writing is both “crisp and direct, edged somehow with both menace and hope. He has a knack for creeping up to sentiment in his stories without crossing the line, leaving only genuine, well-earned emotion on the page.”

The Ardent Writer Press welcomes Murray to the fold!  Fires will be published in the spring or summer of 201. 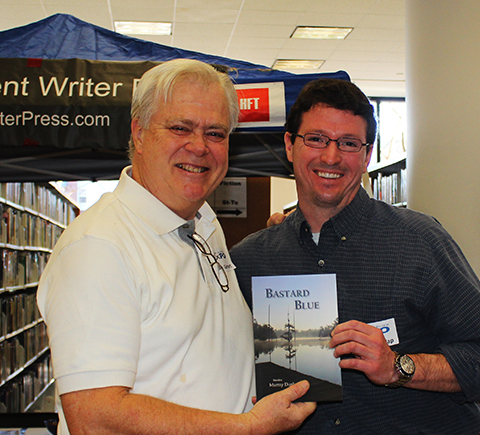 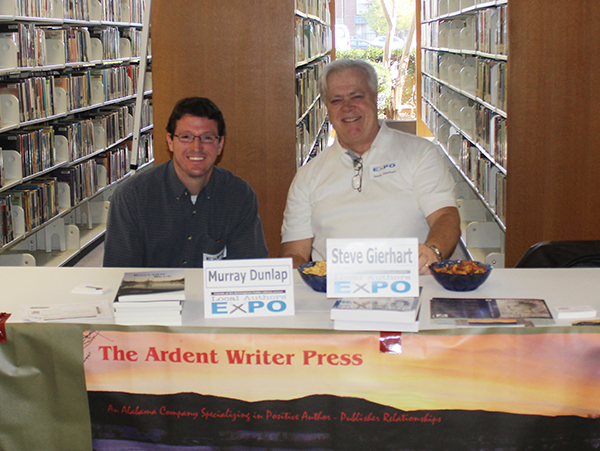