Huntsville Master Chorale Performs with HLA Young Writers on May 2, 2014

Friday night, May 2, 2014 was a beautiful night for classical music.  Several  world premiere compositions were set to choir and orchestra from the Huntsville Master Chorale (HMC) … and the lyrics of elementary and middle school poetry winners from Huntsville Literary Association’s  Young Writers’ Contest.  The concert, Spring is Bach, was held at Faith Presbyterian Church in Huntsville.

The professional talents of composer Dr. Emma Lou Diemer, Professor Emeritus for the University of California-Santa Barbara, were combined with the poetry from 2013 HLA winners, Andrew Dylan McIntosh-Lower Elementary Poetry (Unpredictable), Zoe Johnson-Lower Elementary Poetry (Dolphins), and Molly Katherine Cornett Junior Poetry (My Apple Orchard).  A large crowd attended the proceedings and enjoyed the wonderful music of Dr. Diemer and HLA’s small poets, even listening to the students recite their poetry before the music was played.

HMC also performed Holland Hopson’s composition, Having Told the Hive the News, as well as several selections of Bach.

Molly Cornett and her family, including parents Alan and Traci Cornett returned to Huntsville from their home in Kentucky.  The Cornetts moved earlier in the year as Alan took on a new job in a new state, but could not miss this opportunity.  Traci was a former member of HMC, and enjoyed seeing old friends again while watching Molly and the other young poets beam with excitement.  Before moving Molly had entered HLA’s 2014 contest and received a special award from Dr. Eloise Alexander, HLA President, for her contribution. 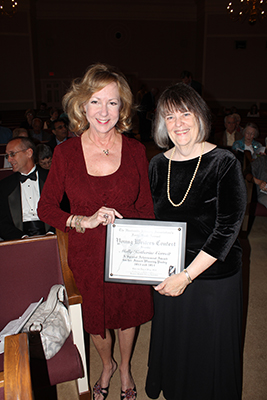 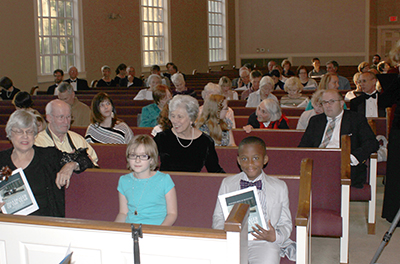 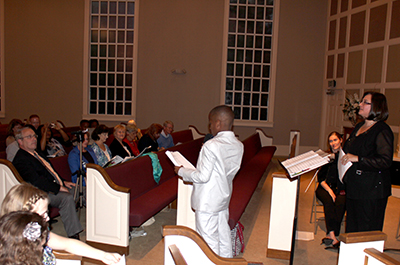 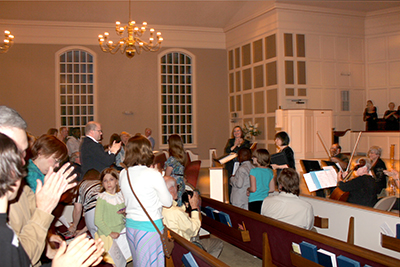 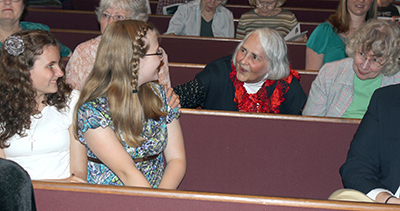 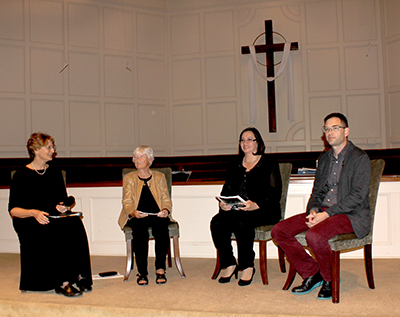 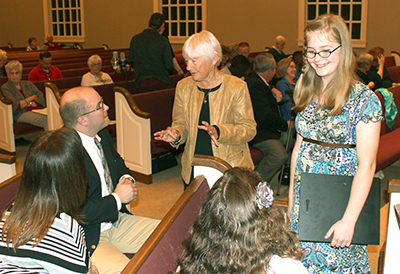 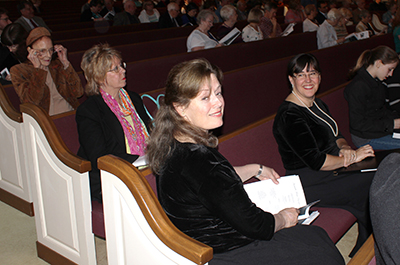