Emma Lou Diemer – My Life as a Woman Composer

“If you read my book, you’ll learn a great deal about my music and experiences as an active composer and performer, but also much detail about the family I grew up with: my grandmothers, father, mother, sister, twin brothers, and where we lived in Warrensburg, Missouri, visits to my sister’s family in Huntsville, Alabama, and education at Yale and at Eastman, professor of theory and composition at the University of California, Santa Barbara, and positions as organist in churches in Missouri; Washington, DC; Santa Barbara and elsewhere.” 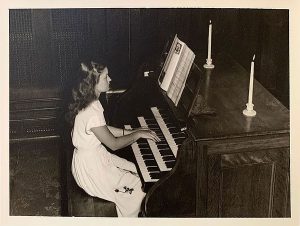 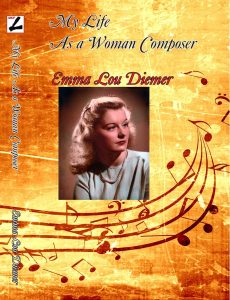 FROM THE AUTHOR AND COMPOSER

During 2020 and several months into 2021 — in other words, during the pandemic that still rages in the world, I began to write autobiographical stories and put some of them on Facebook for others to read. My chief interest for most of my life has been in music, principally as a composer, but also as a keyboard performer and university professor.

By early 2021 I had written, accumulated more than 90 stories about my life, education, music, and various experiences, and I sought advice from one of my nieces, Betty Hendry Augsburger, as to what I could do with the output. Betty suggested I contact Steve Gierhart, editor/owner of Ardent Writer Press. Steve is the husband of another of my nieces, Bonny Hendry Gierhart.

Steve basically took over the editing of the stories and, with the help of Larry Augsburger, added many photos to the texts and arranged for the collection to be published and available on Amazon. I gave it the title “My Life as a Woman Composer”, my goal being to shine a light on the myriad works I have written during 70 years of music writing and the publication of most of it since 1957. Probably few people can name any women composers outside the popular music field. (Now they can name at least one.)

There are many examples of my published music among the over 400 pages of stories and musical adventures, and even inclusion of dogs, cats, and cars I have known.

Reading it now in its published form I find “My Life as a Woman Composer”, modestly speaking, an enjoyable book to experience.

Oh, and much of my music can be heard on YouTube and a number of commercial recordings. Just type in my name!

A woman composer, much less one with an international classical footprint, is a rare jewel in a world populated with Mozarts, Bachs, Rachmoninoffs, and John Williams, but despite barriers holding others out, Emma Lou Diemer carved her place.

This is the memoir of a woman who was raised to not be afraid, to dare tread in a man’s field of dreams. It is the story of a young girl who was blessed with both talent and a musically educated family. And she used them to bring a unique beauty to the notes of her music that she has composed for almost 80 years.

Follow Emma Lou’s family and career toward both composer and instructor through her words of reflection and images of time in this wonderful celebration of a life dedicated to the fusion of emotion and song in: 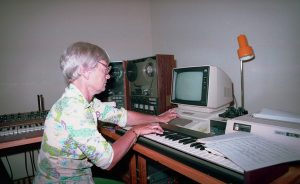 Emma Lou Composing at Home in Santa Barbara in 1990s 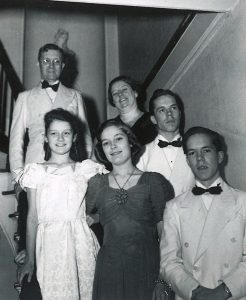 Emma Lou c. 1940 with (T) father George Diemer, President of Central Misssouri State College and mother Myrtle; sister Dorothy next to Emmie; brothers George (above) and John (below) at Selmo Park, residence of President of college