On Saturday, October 18, Barnes and Noble at Hamilton Place Mall in Chattanooga, Tennessee was the location of a multi-author book signing from authors in the Coffee Tree Writers Group and elsewhere in North Alabama, most of whom are represented by The Ardent Writer Press. The manager of Barnes and Noble, Kelley Flemings, asked that Ardent Writer Press extend invitations to several Alabama authors to attend and was a gracious host for all of us. Barnes and Noble was a busy place that Saturday afternoon, despite football.

Of special note was the appearance of J.D. Frost, whose crime thriller, Dollface, has had heavy exposure to the local crowd. Dollface is set in Chattanooga.  J.D. was accompanied by his wife, Donna.

Carol Ealons showcased her excellent non-fiction portrayal of the birth of jazz and swing in Alabama, Tuxedo Junction-Right Back Where I Belong. Carol’s sister-in-law, Sandra Pratt, attended, driving Carol who was recuperating from recent surgery. Charles Farley, author of 4 books and mystery novels, including the well-received biography of Bobby “Blue” Bland, Soul of a Man, was on hand. Charles will be published in March 2015 by the Ardent Writer Press for his historical fiction novel, The Hotel Monte Sano, a tale of romance and mystery in Huntsville, Alabama in the 1890s. Doyle Duke, author of the novel, Extended Vacation, and a critique entitled The Amazing Deception, was also in attendance along with the editor of The Ardent Writer Press, Steve Gierhart, representing his fantasy time-mash up, Shadow of the Conjurer. 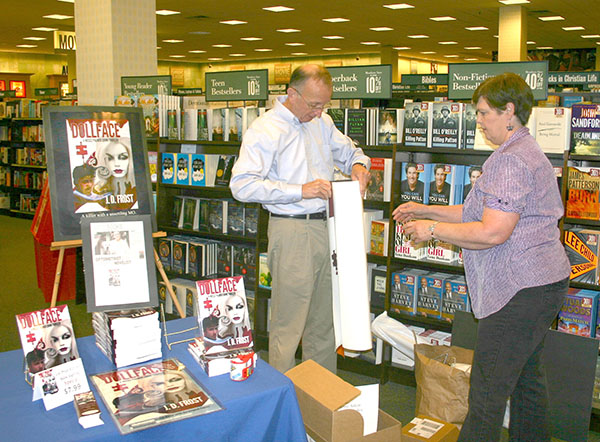 J.D. Frost, author of Dollface, and his wife, Donna, set up at Barnes and Noble 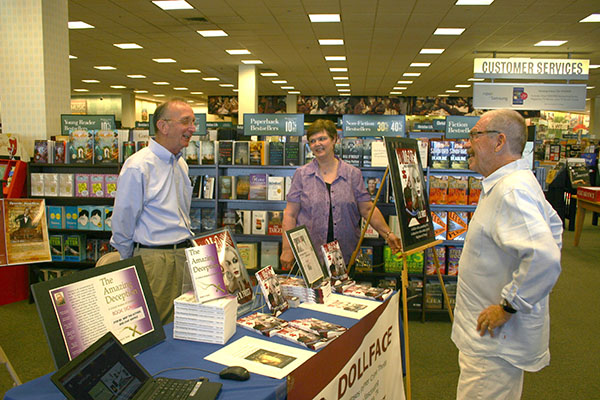 The Frosts and Charles Farley talk about the business. 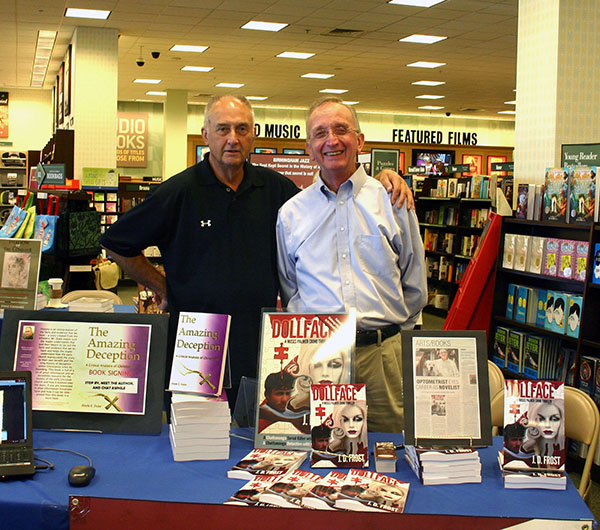 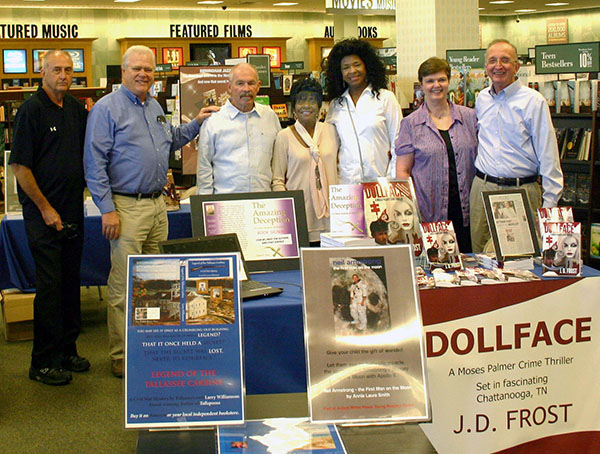 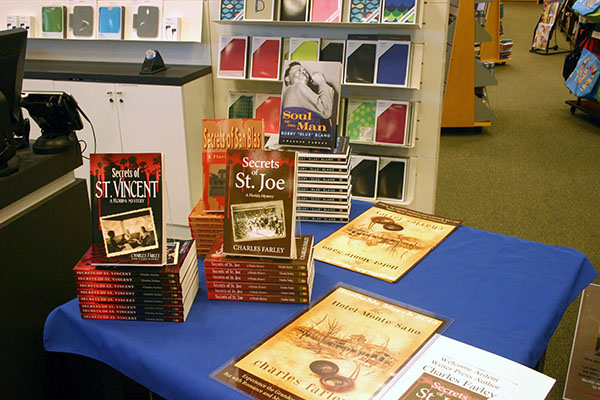 Some of the books and novels of Charles Farley. 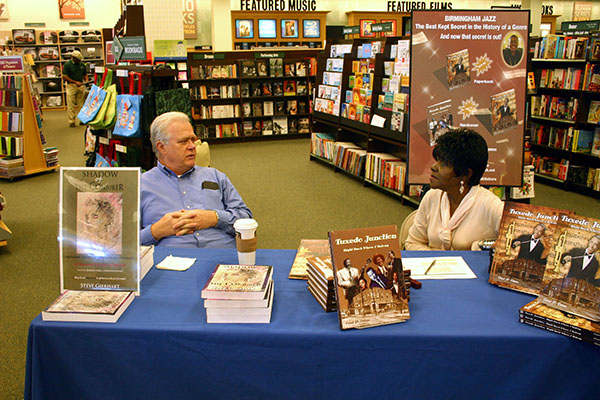