David Macaray’s How to Win Friends and Avoid Sacred Cows is Published! 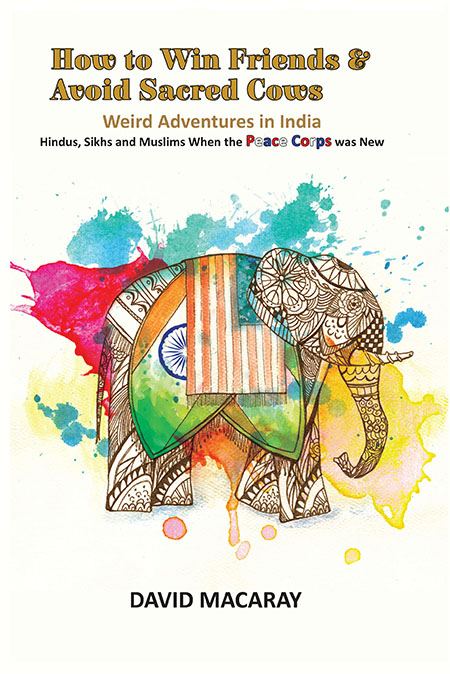 David Macaray’s How to Win Friends & Avoid Sacred Cows was published by The Ardent Writer Press on December 8, 2016. This is his account of two amazing years, 1967 and 1968, in Punjab, India as a Peace Corps volunteer.  Dave, as he known among friends, never met nicer, more generous, more fascinating people than those he met in Indian.  Nor had he ever lived in a more distressed environment.

How to Win Friends and Avoid Sacred Cows addresses the many ways our differences can enrich us, sadden us, and make us laugh. David’s memoir of life in India in the 1960s will have you both crying and grinning. The escapades in getting to know another country and its people are filled with insights for a time and a place where differences mean everything, but where a little understanding goes a long way toward making friends with just about anyone.

DAVID MACARAY is a ninth-generation Californian who was raised in the suburbs of Anaheim (or as it came to be known, “Disneyland”), attended public high school and Cal State University—Long Beach.  Macaray has published two previous books on organized labor (along with a second edition of essays), and, as a playwright, has had more than a dozen stage plays produced.  Most of these were modest productions done at small theaters in and around Los Angeles. He has written for, among others, LA Times, Philadelphia Inquirer and Huffington Post. He and his wife, Marilyn, live in Rowland Heights, California.

The memoir is on sale in numerous online retail stores such as Amazon, Books A Million and Barnes and Noble.  Available in both hardback and print as well as eBook, the Amazon links to the book are below: