The Hotel Monte Sano, Charles Farley’s 1890s historical fiction novel of romance and mystery on the mountain over Huntsville, Alabama, was published by The Ardent Writer Press on February 1, 2015.  The hotel was known as the “Saratoga of the South” in its hey day in the decade of the 1890s, the summer filling the hotel with luminaries from American social and industrial might, such as the Goulds and Vanderbilts.  It was owned by Col. James O’Shaughnessy, the primary player in a failed attempt to build a canal across Nicaragua ahead of the Panama Canal who also had a magnificent home on Monte Sano Mountain.

The story follows the exploits of three teenagers, a rich New York socialite’s daughter, Sophie, her new paramour, Jude, the stable boy at the Hotel Monte Sano, and his black friend, Smokey. Sophie and Jude begin a first love and the three hunt down a killer who murders an employee at the hotel as part of a long-standing (and real) Civil War revenge.

Monte Sano State Park and Burritt Museum with help from the Monte Sano Historical Society will conduct three weekends of hikes to the various places mentioned in the novel in February and March 2015.  Lecturers will provide the public insight into the history of the hotel and the mountain along the way.

The novel is on sale in several local retail outlets in Huntsville (see February issue Old Huntsville for details) as well as numerous online retail stores such as Amazon, Books A Million and Barnes and Noble.  Available in both hardback and print as well as eBook, the Amazon link to the book is below: 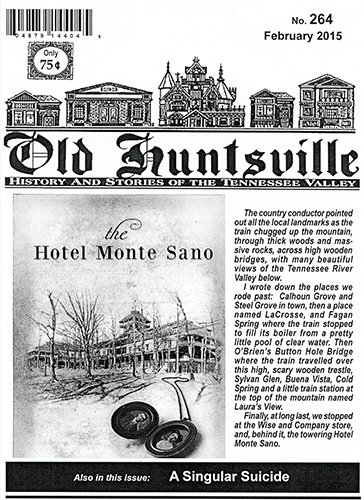 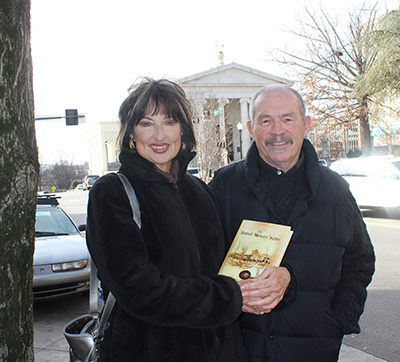