The Ardent Writer Press enjoyed the festivities at Local Author Expo 2015, held at the Birmingham Library on Saturday, February 7, 2015.

In addition, members of the Huntsville based Coffee Tree Writers group also attended with authors from AWP. Snacks were provided to the public by the authors and AWP. Donna Frost, wife of AWP author J.D. Frost, made special candies for the event and attended in the absence of J.D. Other attendees were publisher Steve Gierhart, and several other AWP authors including Murray Dunlap (Fires and Bastard Blue), Joe Connaughton (Tales of the 319th), and Carol Ealons (Tuxedo Junction – Right Back Where I Belong). Also attending was Coffee Tree Writers author Rob Williams (In Search of Brandon Springs-Tate Publishing).

In addition to meeting the public, the event was a smorgasbord for developing contacts. Ashley Chappell-Peeples was welcomed at the AWP Tent. Ashley, coordinator for the upcoming Rocket City Lit Fest (Oct 10-11 at the Von Braun Civic Center, Huntsville), stopped by to meet authors and invite AWP to the event. This weekend AWP, teaming with the Coffee Tree Writers Group did just that, reserving 2 booths for writers.

Ardent Writer Press also talked with PDMI Publisher Todd McKinney and his wife, Nessa, about the business model used by PDMI, some of which will affect the way AWP handles the marketing of authors’ works.

AWP wishes to especially thank Jared Millet, Birmingham Event Coordinator and Book Procurement Executive, who coordinated the highly successful event. Jared does does an outstanding job each year and respects the work of local authors’ contributions to the community and region.

The Birmingham, Alabama Library has a wonderful set of photos from the event at: 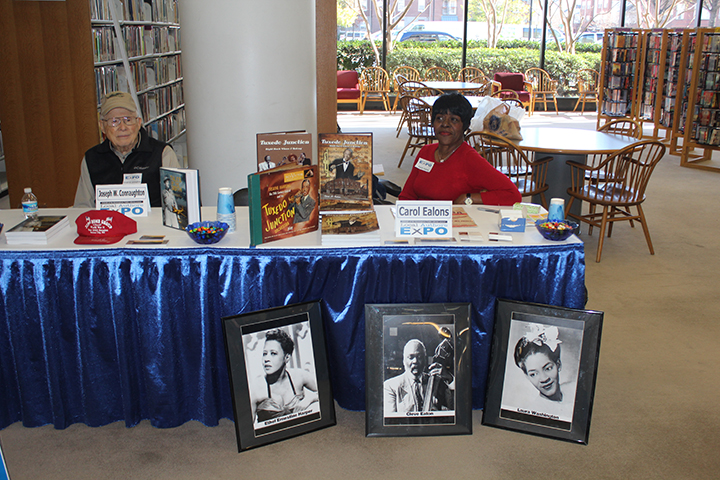 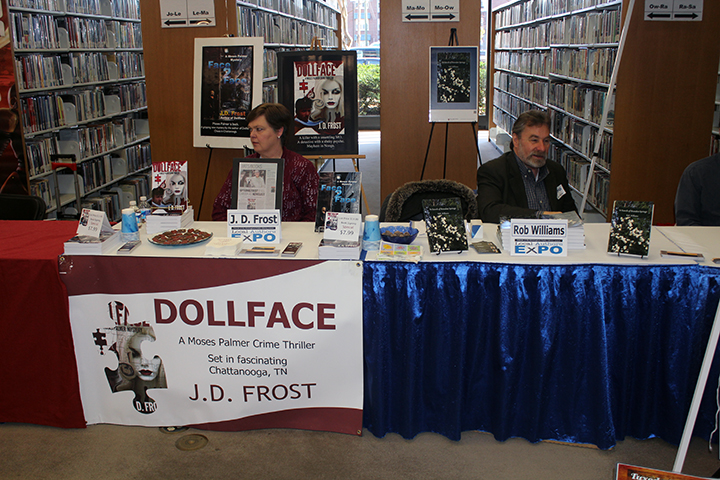 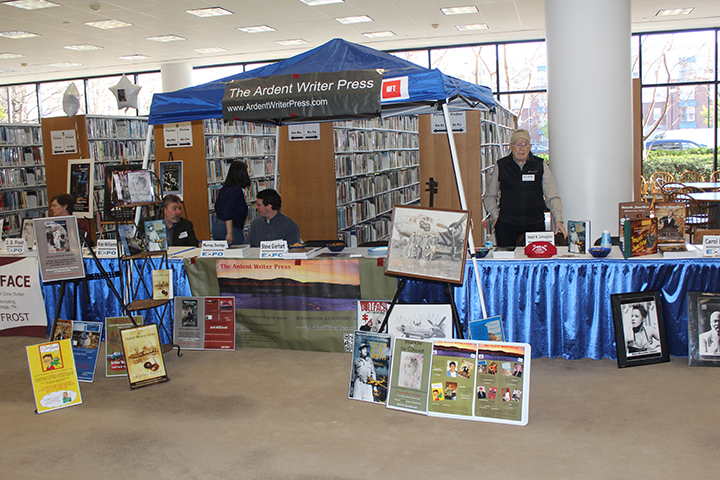 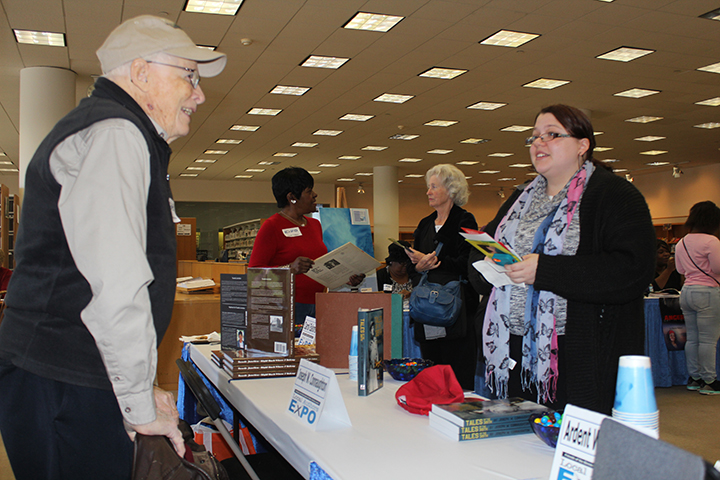 Joe and Carol talk to the Public 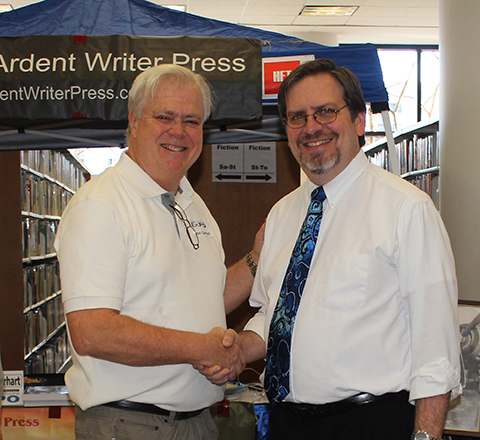 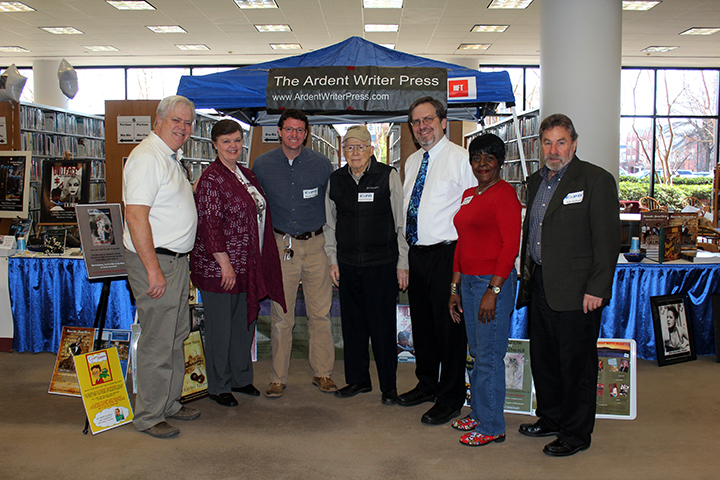