Ardent Writer Press and Coffee Tree Writers attended Rocket City Lit Fest (RCLF) and a dinner party in celebration of RCLF at the farm of publisher Steve and Bonny Gierhart in Brownsboro. The dinner party was held on the Friday evening preceding RCLF which was held at the Von Braun Civic Center on Saturday and Sunday, October 10 and 11.

Huntsville and the Von Braun Civic Center’s Rocket City Lit Fest (RCLF) was the place to be for writers and their readers on Saturday and Sunday, October 10 and 11th. And for The Ardent Writer Press and the Coffee Tree Writers Group that was a good enough excuse for a party.

On Friday evening, October 9, Steve and Bonny Gierhart invited prominent writers and contributors for the Fest to their home in Brownsboro for beer, wine, steak and smoked chicken as well as the fellowship of literary artists with ties to the Press and Coffee Tree Writers.

Attending along with Ardent Writer and Coffee Tree writers were Homer Hickam (The Rocket Boys) and his wife, Linda, and Roger and Susan Reid, producers for Alabama Public Television and the University of Alabama’s Emmy awarded series, Discovering Alabama. Also attending was writer Robert Bailey, author of the well-received legal thriller, The Professor, and his wife, Dixie. Homer and Roger were both headliners for RCLF.

Appetizers and refreshments were outside for attendees at 6 p.m. along with the entertainment, Bob and Leo Larkin. Bob is a classically trained violinist who can also play a mean ‘fiddle’ with his wife, Leo, a former Tennessee harmonica state champion.

The dinner party ended at 8:30 in plenty of time for a good night’s sleep before attending the weekend festival in the South Hall of the VBCC in downtown Huntsville. Championed by director Ashley Chappell and her volunteer staff, things ran smoothly for the inaugural RCLF. The hard working and friendly staff were very helpful to both participants and visitors.

Ardent Writer Press and Coffee Tree Writers and their friends participating in RCLF or the party included:

Carol Ealons (Tuxedo Junction-Right Back Where I Belong) and friend, Rose Jennings

Steve Gierhart (Shadow of the Conjurer) and wife, Bonny

Joe Connaughton (Tales of the 319th)

Mark Hubbs (The Archer’s Son and The Secret of Wattensaw Bayou) and wife, Phyllis

Stacy Kingsley (zombie themed books such as Zombies are People Too! and Zombies Bite!) and husband, Aristo

Rob Williams (In Search of Brandon Springs), and wife, Gywn

J.D. Frost (Dollface and Face2Face, both of the Moses Palmer Crime Series novels), and wife and artist, Donna Frost

Joe Connaughton (Tales of the 319th) was recently named “Knight” by the President of France for the Government of France’s highest military honor, The National Order of the Legion of Honor. Joe will receive his award for his military service in support of the invasion of France during WWII by the French Consulate in 2016.

Photos are on the following page: 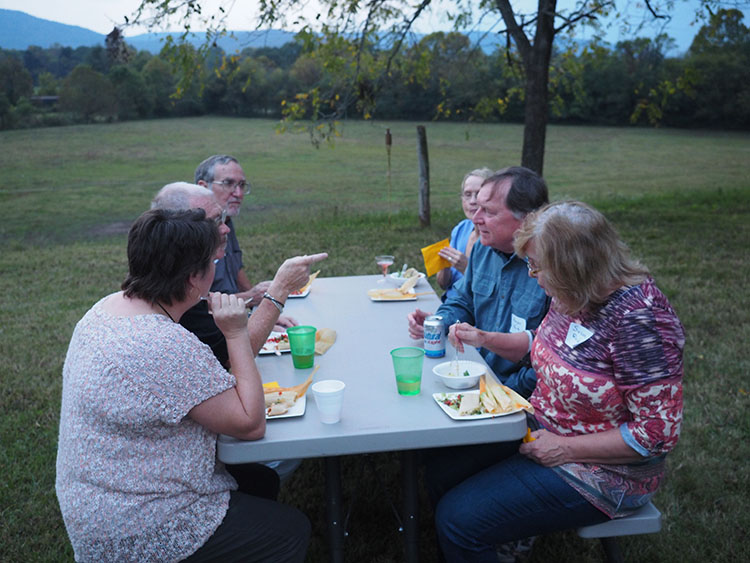 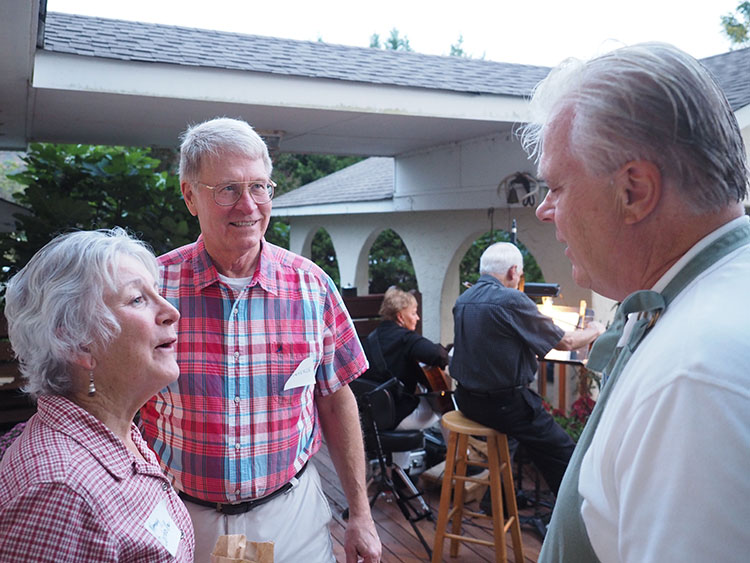 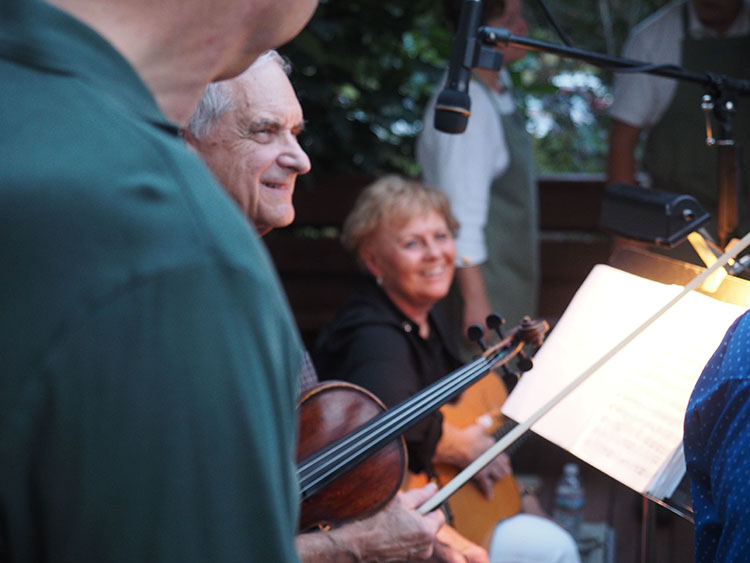 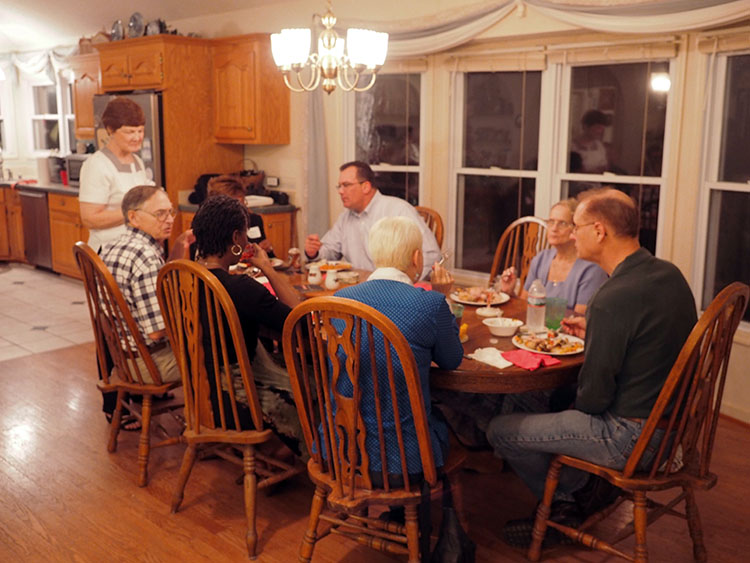 Inside Steve and Bonny’s home in Brownsboro, Alabama during the RCLF Dinner Party 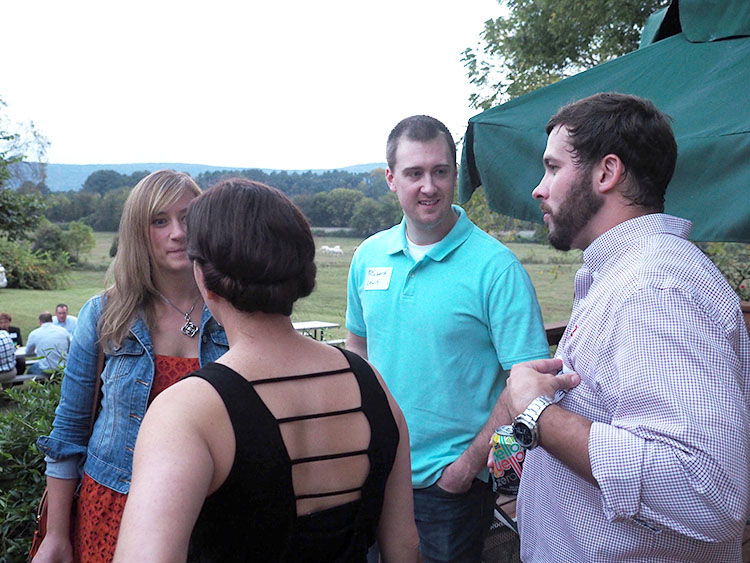 Erin Gierhart and Robert Lewis talk with Justin and Faith Gierhart. Erin and Justin are children of publisher Steve Gierhart. 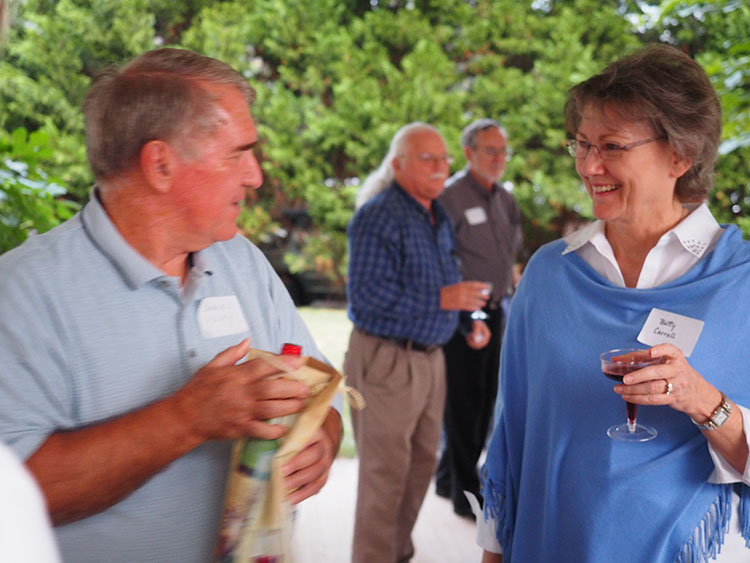 Photos from the Rocket City Lit Fest are on the next page: 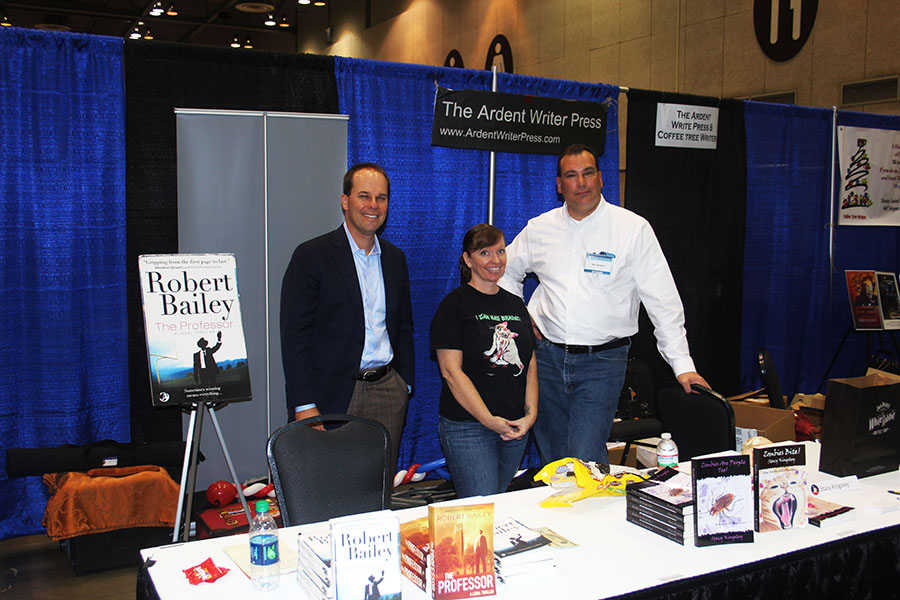 Robert Bailey, The Professor, Stacy Kingsley (Zombies are People Too!) and Eric Herbert (Butcher’s Bill). Robert’s book, The Professor, is in its second edition with over 500 Amazon reviews and a sequel has been signed. 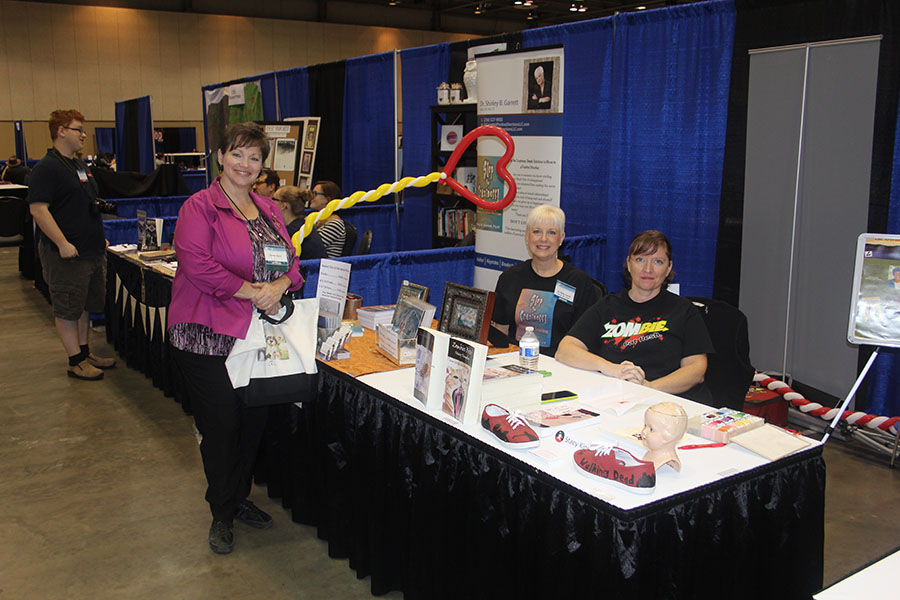 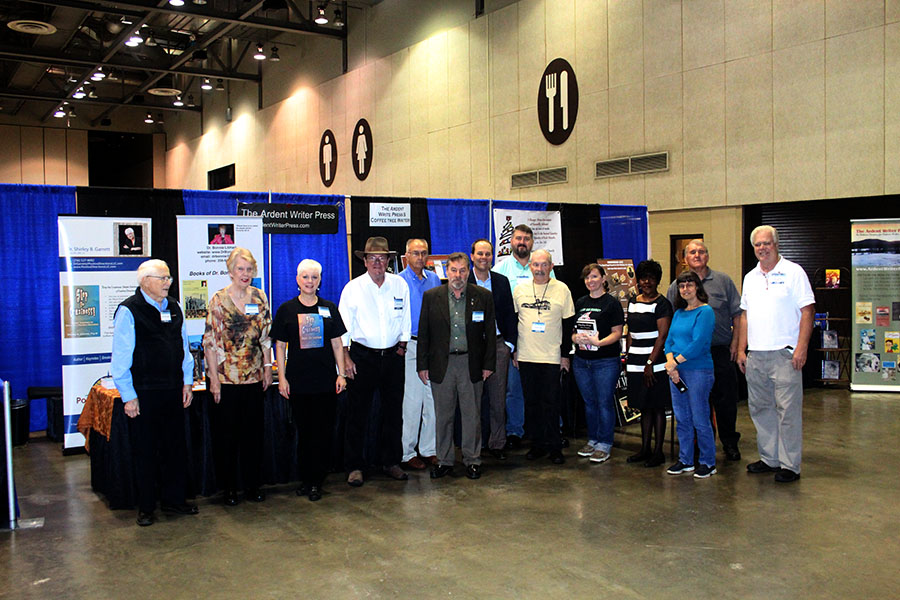 Group shot of Ardent Writer and Coffee Tree Writer participants at our booth at RCLF on Saturday, October 10 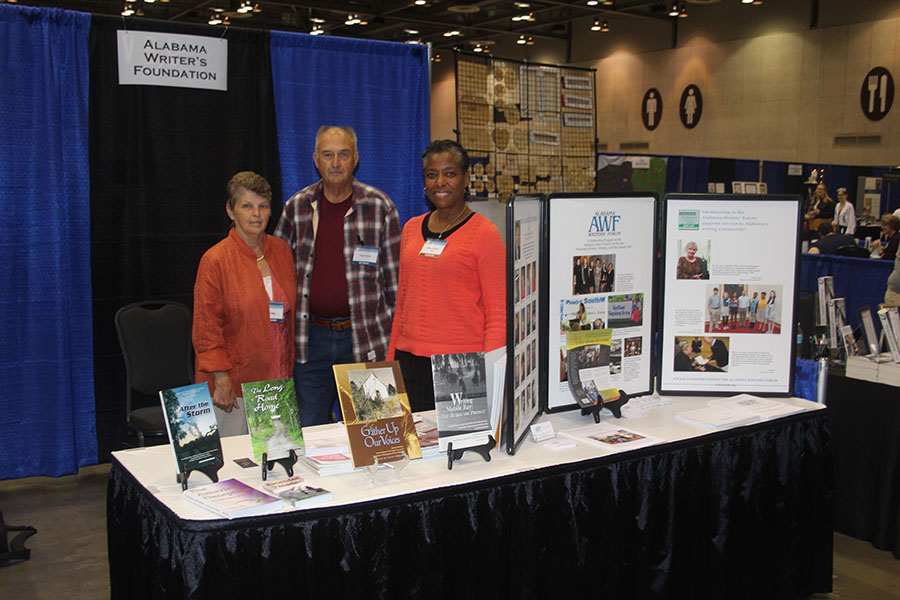 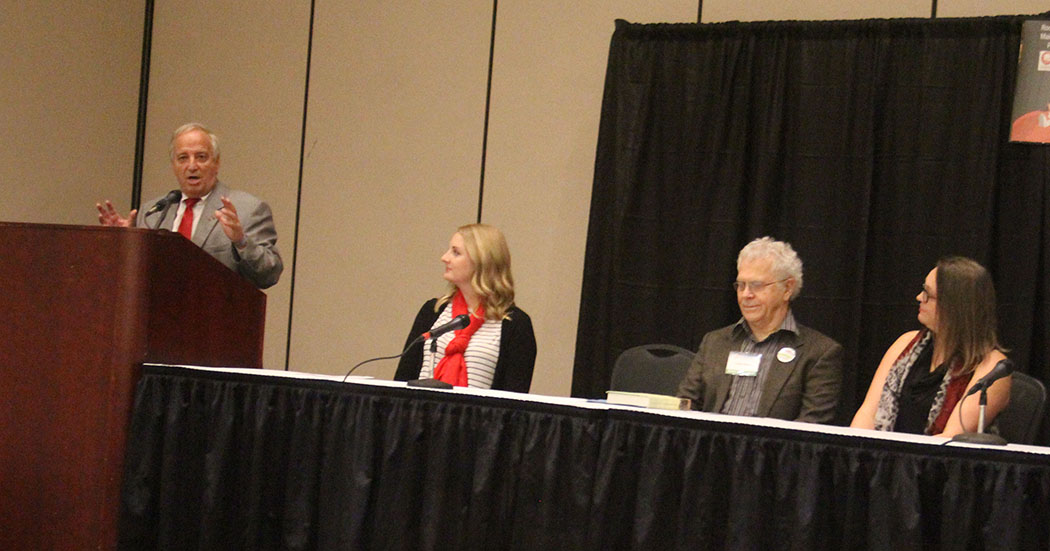 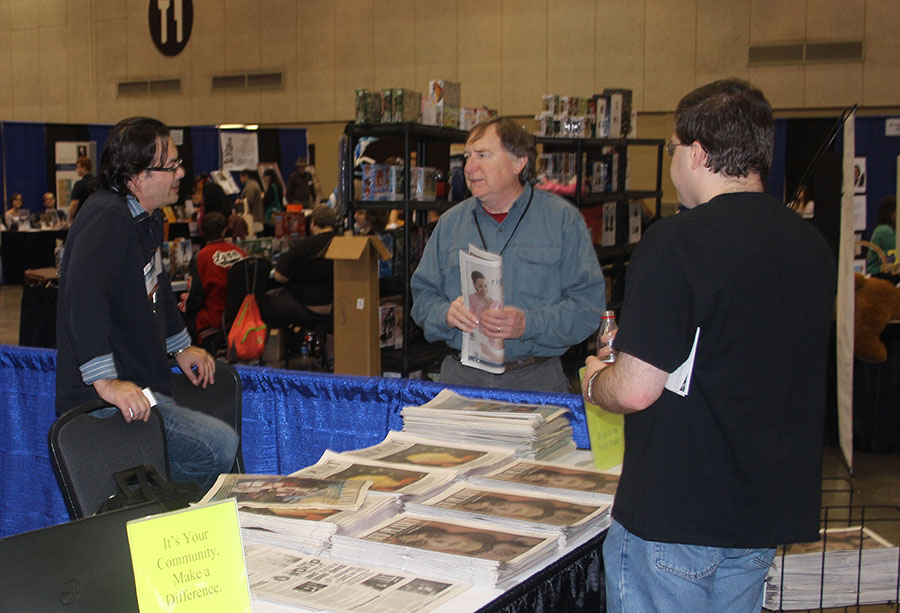 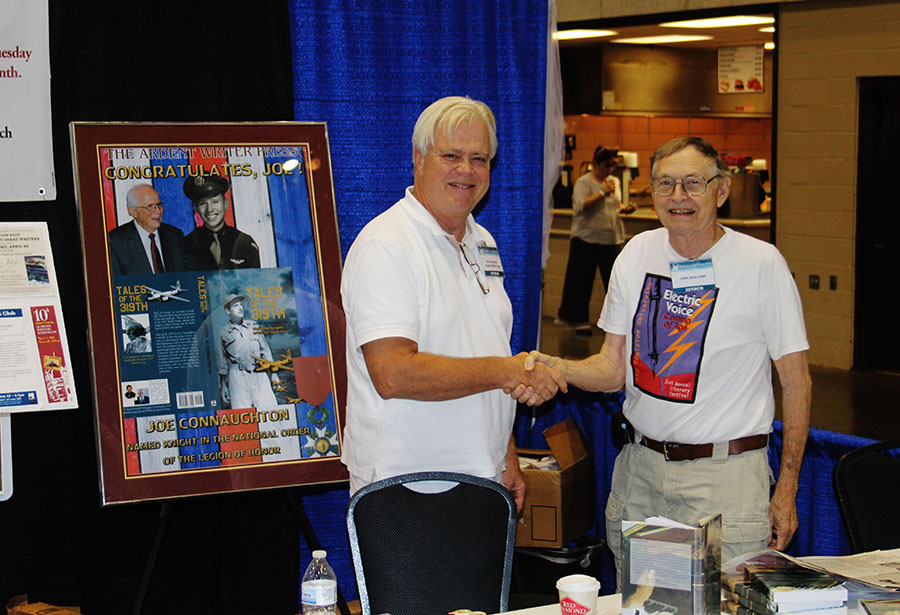 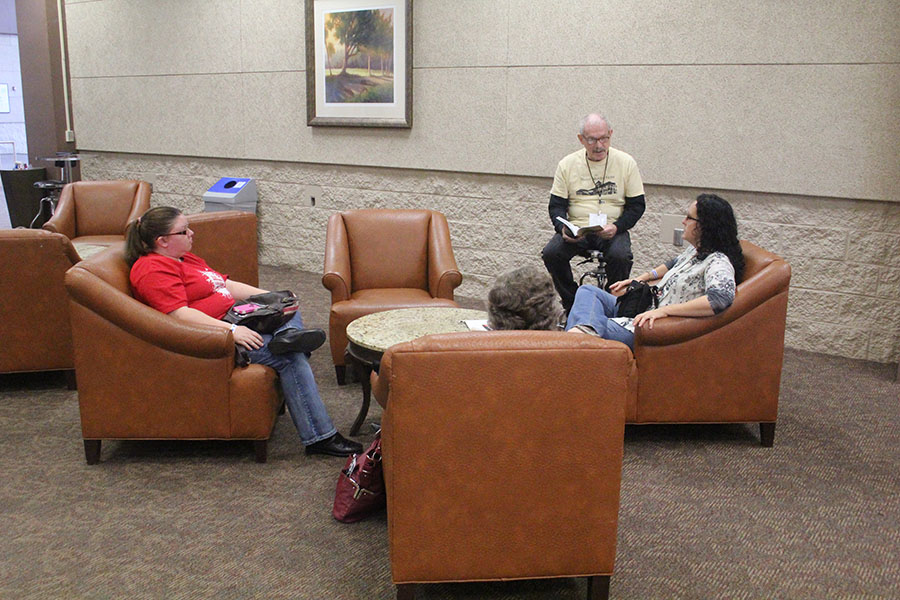 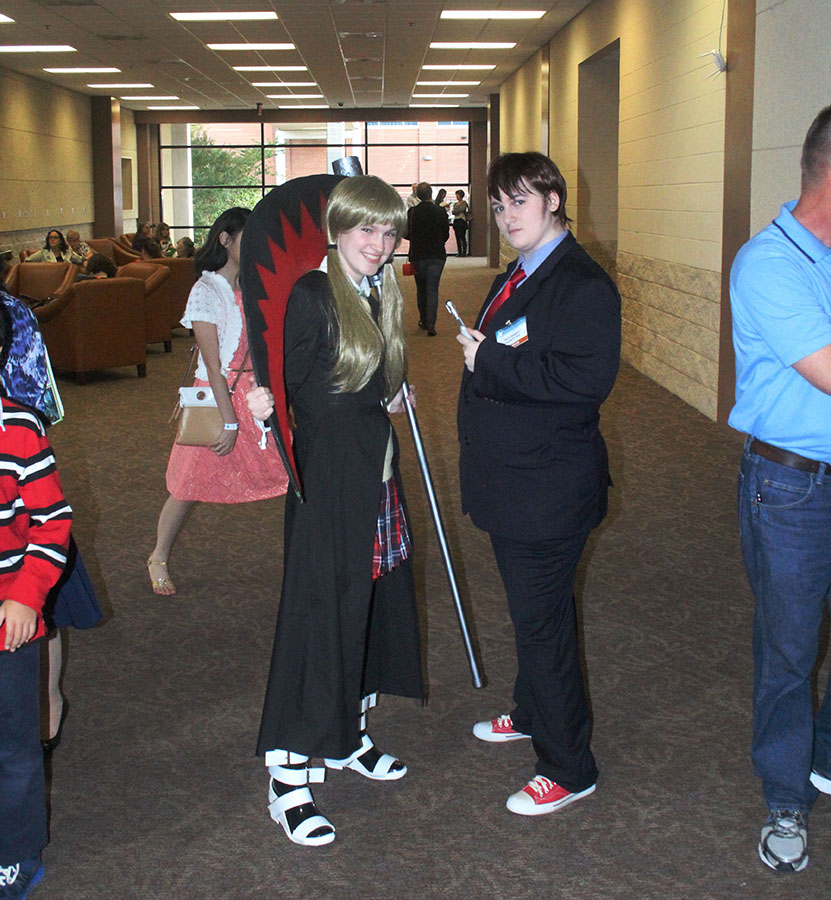 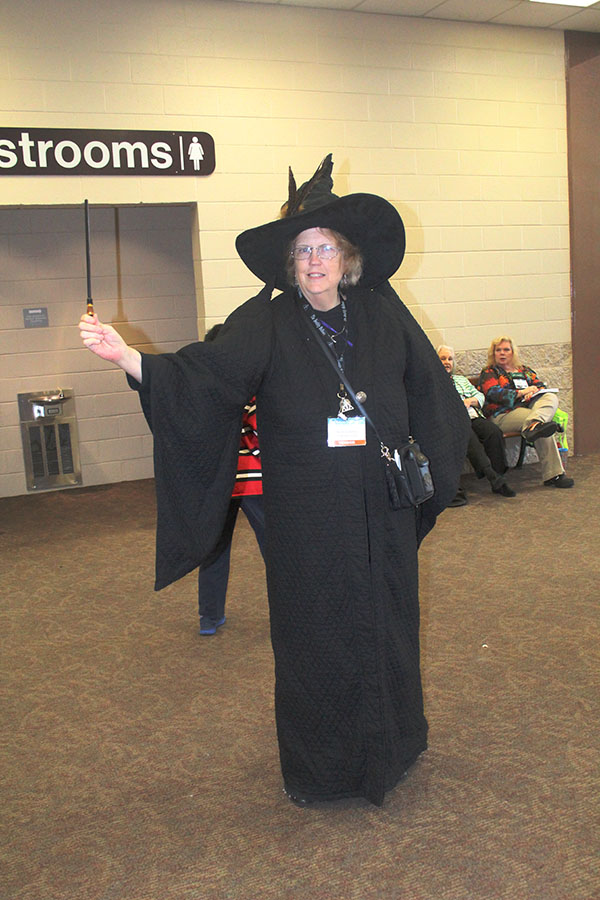 A Harry Potter themed witch from the Costume Parade 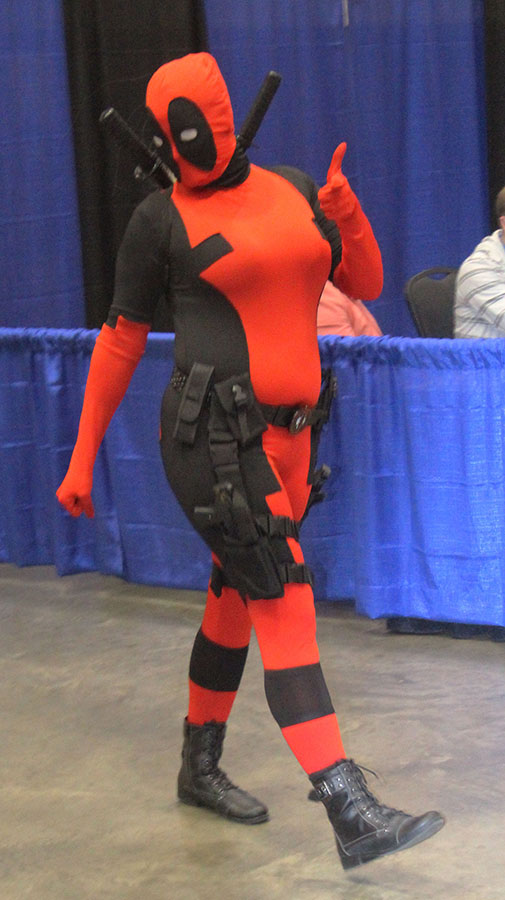 Another RCLF Costumer, Deadpool, from the Marvel Comics series 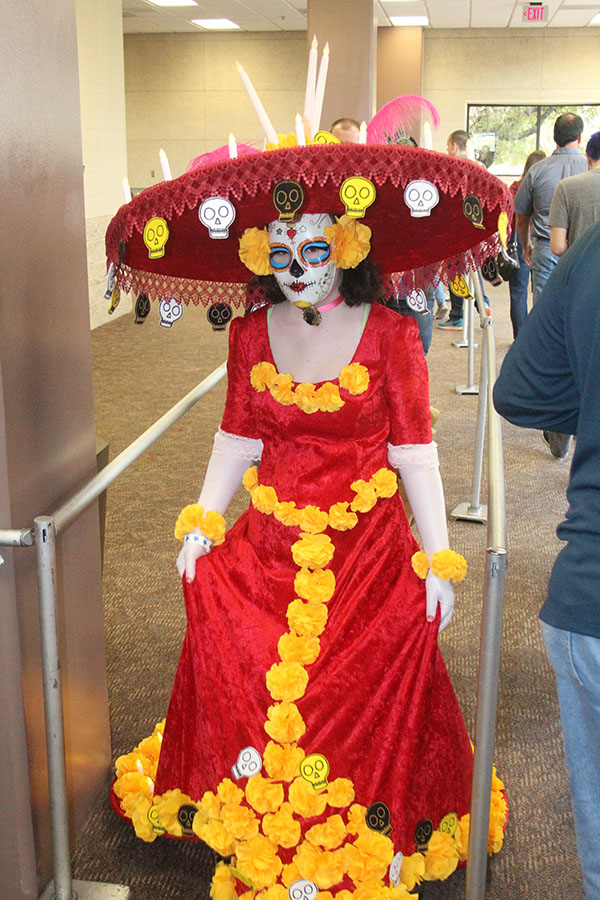 One of the colorful costumes in RCLF’s Costume Parade 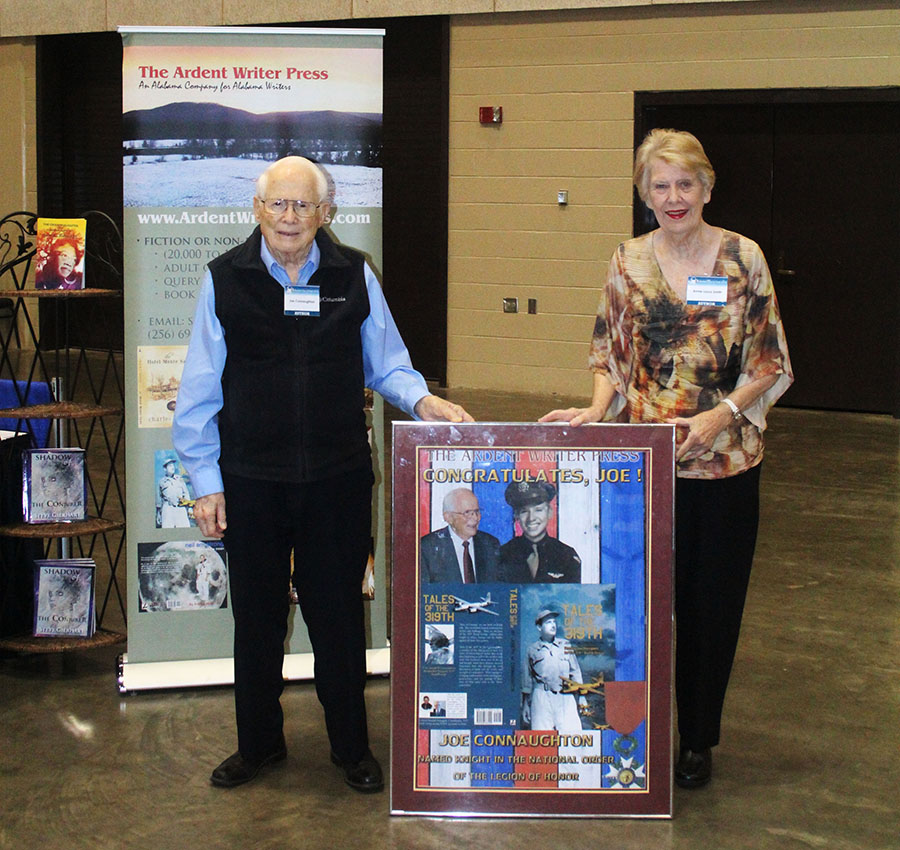 Joe Connaughton (Tales of the 319th) and Annie Laura Smith (Twilight of Honor) enjoy Joe’s poster announcing his membership in France’s Highest Military Honor, The Legion of Honor. He was appointed a “knight” by the President of France, Francois Hollande, in August. 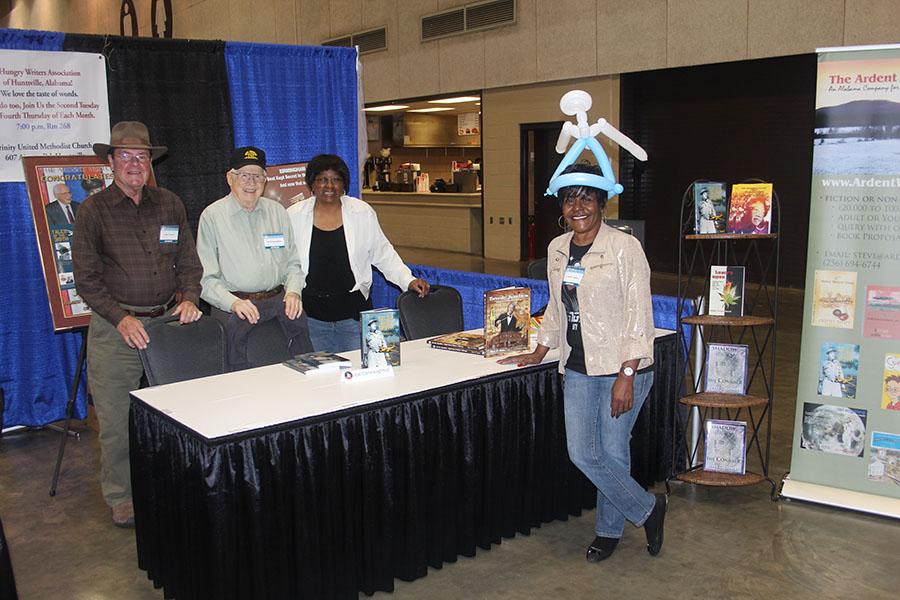 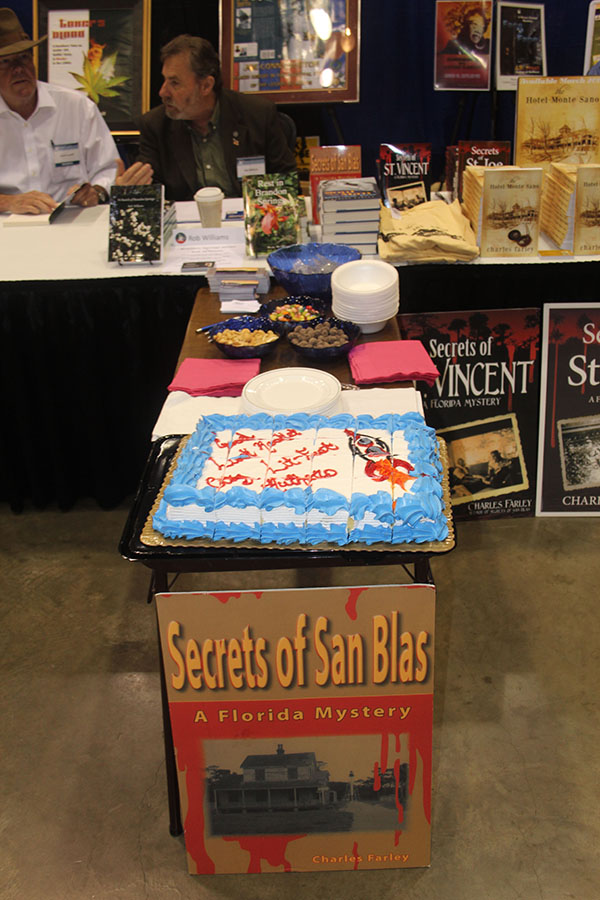