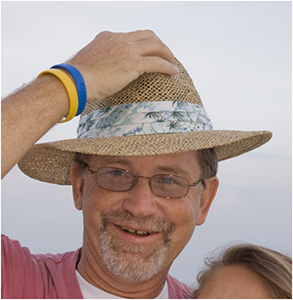 The Ardent Writer Press welcomes accomplished author Michael Guillebeau with the compilation of several of his short stories, Shark’s Tooth: Emerald Coast Murder. Shark’s Tooth includes eleven stories involving many of the characters from his other works, including Josh from the Library Journal’s selection as Debut Mystery of the Month, Josh Whoever, as well as colorful Detectives Terry and Blackbeard of the Panama City Police Department.

Michael Guillebeau’s first book, JOSH WHOEVER received a starred review in Library Journal and was named a Debut Mystery of the Month. A second book, A STUDY IN DETAIL, has been bought by Five Star Mysteries for publication in February, 2015. Guillebeau has published eighteen short stories, including three in Ellery Queen’s Mystery Magazine. 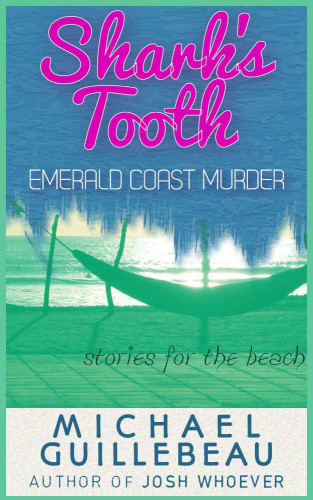 Growing up, Mike was the kid in the corner with a book while the other kids played. He read everything—literary books (J.D. Salenger and Ibsen), history and science, and sci-fi (Ray Bradbury). But no mysteries. No interest in reading puzzles disguised as books.

And then he discovered Travis McGee. And then Elmore Leonard and Carl Hiaasen.

So now he writes nothing but mysteries. His first book, JOSH WHOEVER was compared (by very kind people) to Elmore Leonard. And the Blackbeard and Terry stories which are the core of SHARK’S TOOTH: EMERALD COAST MURDER, are a loose tribute to everyone who grew up dreaming of rusty knights and slip F-18.

Josh was an honest man but a bullshit American hero. Burned out on trying to save the world, he’s been hiding in the back room of Mayor’s Western World bar in San Francisco, running small scams to stay drunk and unknown. But one scam works too well. Now the Romanov mob thinks Josh is a detective, and the only detective who can find Mother Romanov’s missing daughter, media star Kiev. Now Josh has to solve the disappearance, rescue the girl, stay sober and keep his identity hidden –or die.

With the help of a society editor/crime reporter wannabe and a thug who thinks he’s Batman, Josh and his thousand fake identities pursue crooked leads into right-wing New Confederacy activists and a secret paramilitary group of apparently limitless power until he can return Kiev safely home to Mother Romanov, and himself home to the Western World bar.

A Study in Detail

A STUDY IN DETAIL has been bought by Five Star Mysteries for a 2015 release!

Paul was content to run his rafting business and hang on to a difficult relationship with his complicated and volatile artist wife Marta—until Marta’s bike is found crumpled on a bridge span with blood on the rail and her body missing. The police suspect murder or suicide but Paul finds a message in her last painting telling him that Marta faked her death so her paintings would get the attention they deserved.

Marta’s paintings soar in value, and now Paul’s quiet life includes lecturing on the life and work of a woman he knows is not dead, and searching for the woman who left him. An insurance investigator questions a $5M policy Marta took out shortly before her death. A Native American enforcer from a casino shows up demanding that Paul pay him the $5M the enforcer says Marta stole from his casino. A gallery in Sedona, Arizona claims to have a collection of Marta’s paintings—paintings that Paul knows nothing about.

Paul goes to investigate, followed by the insurance investigator, the enforcer, and a young girl determined to help Paul forget his dead wife.