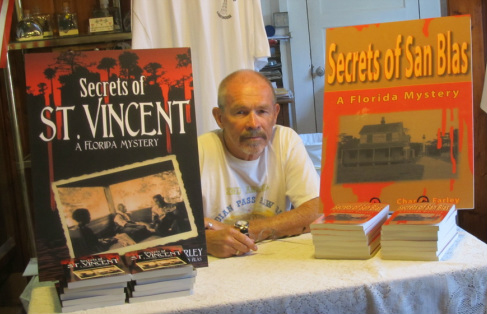 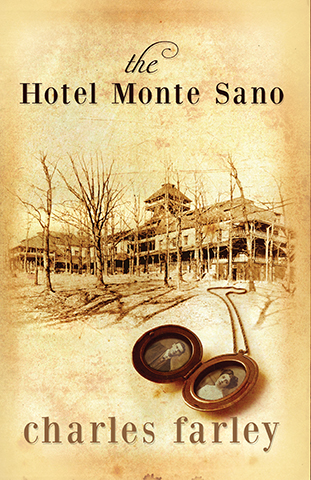 The Hotel Monte Sano – It’s hot and steamy in the summertime in Alabama, even on top of a mountain, at an exclusive resort hotel for the rich and famous.

Sophie Franklin doesn’t know what to expect when she arrives there with her family from New York in the summer of 1892. Like a handsome stable boy named Jude who just may turn out to be the first true love of her life. Or his Negro friend Smokey who knows more about what goes on at the hotel than anyone else. Or a butchered man, bleeding to death under the hotel’s boardwalk!

Shocked and afraid, Sophie’s mother wants to pack the family back to New York. So Sophie can stay, she and Jude and Smokey set out to find the murderer. But what they find instead is a Gothic maze of Jim Crow bigots, Yankee carpetbaggers, menacing ghosts, and revenge seekers determined to settle a Civil War grudge not so long since passed.

The Hotel Monte Sano is a fast-paced mystery set in a fascinating fin de siècle world of ambition and decadence—when love, at least for a moment, eclipses the mounting tensions between rich and poor, black and white, and North and South.

Charles lives in Huntsville, Alabama. He has worked as a teacher, librarian, and salesman. He has written for American Libraries, Library Hi-Tech, Library Journal, and Living Blues. His first book was a biography of blues great, Bobby “Blue” Bland, Soul of the Man, published by the University Press of Mississippi in 2011. His second book, entitled Secrets of San Blas and published by Pineapple Press in 2012, is his first novel. It is based on events surrounding an actual murder that occurred in the Spring of 1938 at the Cape San Blas Lighthouse near Port St. Joe, Florida. Its sequel, Secrets of St. Vincent, was published by Pineapple Press in 2013. The third and final book of the trilogy, Secrets of St. Joe, is scheduled for publication later in 2014. He was recently awarded First Place in the Fiction Category of the Alabama Writers’ Conclave’s 2012 Writing Competition.

Secrets of San Blas is a fast-paced murder mystery with an unlikely pair of investigators: 65-year-old Doc Berber and his sassy African-American housekeeper Jewel Jackson. Together they set out to find out who butchered the assistant keeper of the Cape San Blas Lighthouse. Based on events surrounding an actual murder that occurred in the spring of 1938 near the town of Port St. Joe in Florida’s panhandle, Secrets of San Blas’ heroes burrow into an intriguing nest of smalltown secrets both shocking and deadly.

The second novel in the Florida Secrets trilogy is now available. Find out what happens to Doc Berber and Gator Mica when they go after a murderer on savage St. Vincent Island. Jewel Jackson, the doctor’s housekeeper is back too, with a pithy southernism for all occasions, as well as the blues duo of Gabriel White and Reggie Robinson, not to mention the doctor’s former lover Sally Martin. There’s more than a little trouble in this taut murder mystery adventure that you won’t be able to put down.

Soul of the Man

Soul of the Man: Bobby “Blue” Bland is the first book-length biography of the “the world’s greatest blues singer.” The book provides a complete study of the blueman’s tumultuous life and influential career.

Praise for Soul of the Man:

“In January, when the erudite New Yorker magazine proposed Bobby “Blue” Bland as an outside contender for “voice of the century,” it bestowed contemporary credibility on a bygone age and almost its last representative.” – [London] Sunday Times Culture Magazine, 6 March 2011

“This well-researched biography…is a must read.” – Blues Revue