Ardent Writer Press Author, Annie Laura Smith, hosted a book signing for her new novel, Twilight of Honor, at The Coffee Tree on Bailey Cove in Huntsville in the evening of November 13th.

Friends, family, and well-wishers congratulated her on her latest success, one of many.  Many of those friends were from The Coffee Tree Writing Group in which she is a dedicated participant.

Press Releases have been forwarded to several Alabama and Florida newspapers.  The Tallahassee Democrat plans to do a feature on the book as part of a new section on a book club in this town of Florida State fans.  Annie, a University of Florida graduate, former instructor, and all-time Gator fan, doesn’t mind.  Annie makes friends with anyone.  Be sure and look for her book, Twilight of Honor on Amazon.  Soon it will be in eBook format.

Here Annie and friends, Jamie Dodson (author of the Nick Grant adventure series books), Barbara Benjamin and Doyle Dukes, all fellow writers and poets, congratulate Annie and reflect on her successes.  Note copies of her WWII historical fiction, such as Alexandra’s Secret, as well as her Vietnam Era Twilight are on the table for customers. 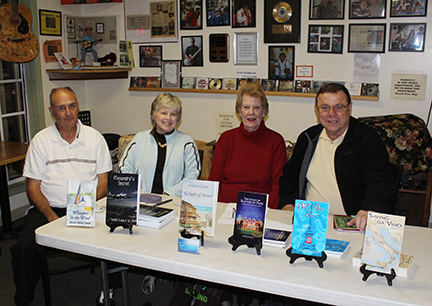 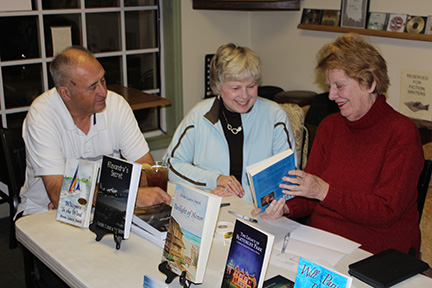