Travels and Travails of Small Minds. 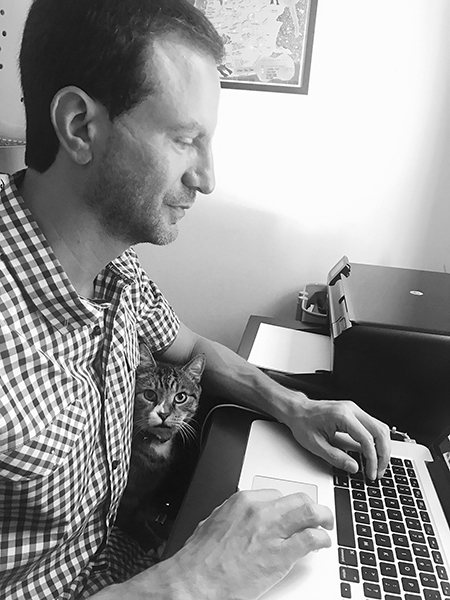 Daniel Falatko has been crafting novels since the age of 17. He is a graduate of the MFA in Creative Writing program at Vermont College. He lives and works in NYC. His first tome, Condominium, was published in 2014 to critical acclaim. 2017 finds the publication of his surreal and ambitious follow up, Travels and Travails Of Small Minds, with Ardent Writer Press.

Travels and Travails of Small Minds follows the sideways trajectory of an unambitious career temp worker occupying the most nowhere of nowhere jobs. Nathan spends many a hungover morning and afternoon fetching coffee for his senile slumlord boss in a dust-choked office on the Lower East Side of Manhattan. Between gossiping with his lone co-worker in their dangerously untidy office, hanging with a drug-addled neighbor, and dealing with a jealousy-ridden girlfriend, Nathan stumbles headfirst into a clumsy property scam which finds him unknowingly at the center.

With a cast of characters including a dead beatnik legend, an eccentric and pompous collector of the beatnik’s works, a new love interest in the form of a tenant with unclear intentions, and a network of sociopathic former literature professors, a saga unfolds over eight days in August which sends Nathan careening through lower Manhattan, Brooklyn, the suburbs of England, and Beyond in a swirl of comedic intrigue.

Nathan is perfectly happy doing nothing at the cluttered office of his boss, Dr. Behr, a quirky ex-lit professor. Nathan uncovers a plan to oust one of his renters for what appears to be a substantial but ill-gotten profit. Though Nathan questions motives and discovers secrets, it is clear that Nathan might be in for surprises of his own.

Travels and Travails of Small Minds.