The Ardent Writer Press is honored to present the republication of the books of Brooks Atkinson (1894-1984), the famous drama critic of the New York Times (1925-1960) and 1947 Pulitzer Prize winner for Correspondence. With the permission of his family, James and Margaret McIlveen of Decatur, Alabama, several books were released in August 2019. More will be released in the future. 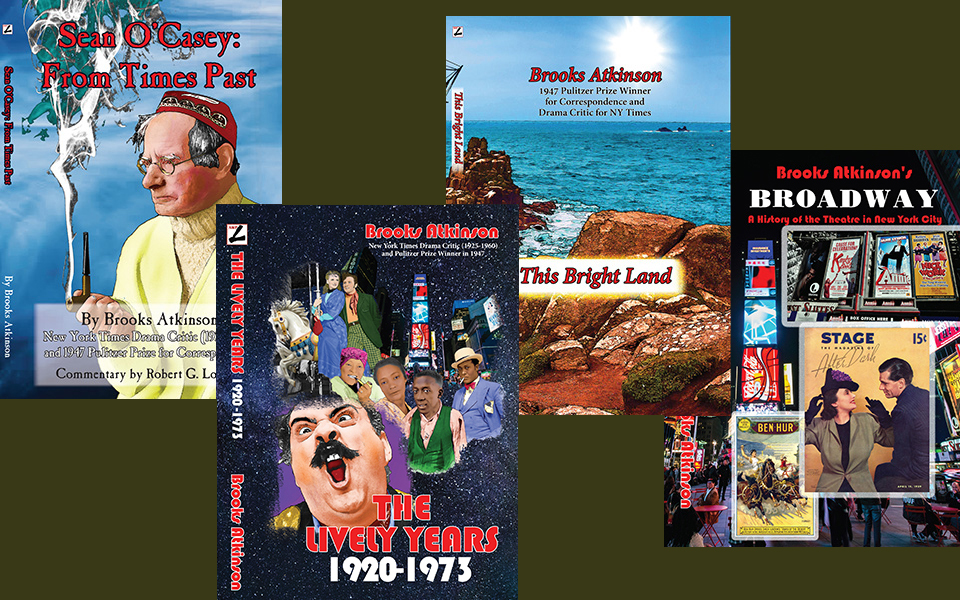 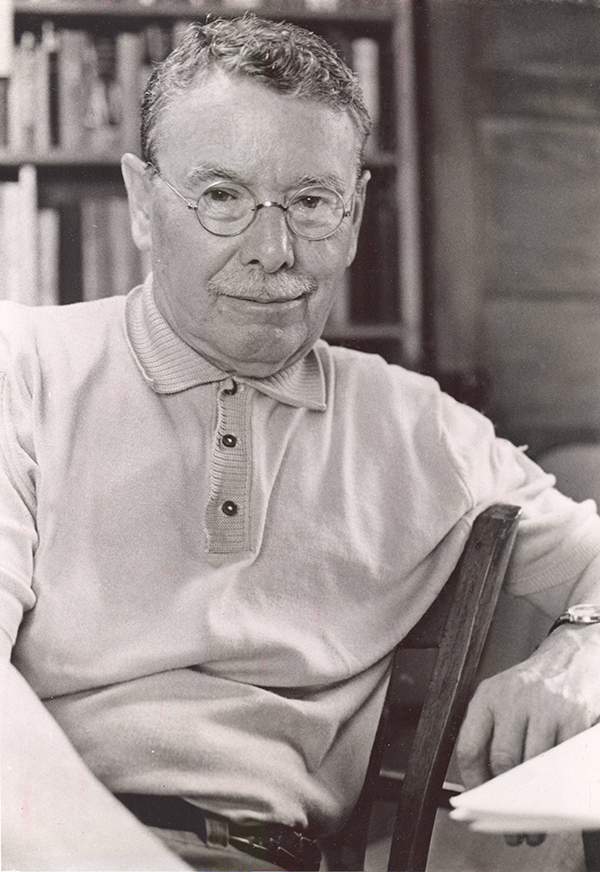 It would not be surprising to say very few in Alabama are attuned to what goes on with Broadway. Theatre is an important element of Huntsville and its history. Huntsville is, after all, the birthplace of the brash Tullahah Bankhead, a star of both the theatre and film in the early to mid-1900s, but Hollywood took Broadway’s place in the hearts of most entertainment addicts. The younger generation, especially, pays scant attention to the current events on Broadway unless it is a successful musical such as Hamilton or Phantom of the Opera. However, what if I told you that the most influential drama critic in Broadway’s storied past, Brooks Atkinson, lived in Huntsville in his final years, in fact died at Crestwood Hospital on January 14, 1984?

Brooks was the drama critic for the New York Times who started in 1922 as the editor of their “Book Review” and then took over for Percy Hammond as drama critic in 1925. He held that post until 1960 (except for his time as a journalist during WWII), a tenure at the Times for almost 40 years. His reviews were reputed to have the power to make or break a new stage production, sometimes doing just that, even if a successful writer or producer was in charge of the production. He was the Conscience of Broadway, they say. Brooks was famous, so influential, so…good, not just as a drama critic, but as a journalist and writer, that he won the 1947 Pulitzer Prize for Correspondence for his work in WWII in Moscow. He won a lifetime special achievement award, Broadway’s Tony Award in 1962. He wrote numerous books, the more famous being histories of Broadway. He was close friends with other famous people, such as Arthur Miller, the playwright, and his wife at the time, Marilyn Monroe, who came to his retirement party along with Sir Laurence Olivier and Thornton Wilder. Brooks and Oriana were close friends with the beloved and prominent illustrator, Al Hirschfeld, with whom he worked at the Times, often going to the same plays together on opening night, with Brooks’ review and Al’s associated illustration coming out the next day in the same article. Brooks is given much credit for the growth of Off-Broadway into a major theatrical force in the 1950s, and has been cited by many influential people in the theatre as crucial to their careers. Importantly, a theater (still in existence) was named after him, the Brooks Atkinson Theatre on 47th Street in the heart of the theatre district. On his 80th birthday The Players, a famous actors club, gave him a surprise birthday party which numerous dignitaries and stars attended, and in 1980, upon notice of his move to Huntsville, a bus of dignitaries from the Theatre Committee of Eugene O’Neill surprised him at his farm and gave him a medal.

Brooks importance to Huntsville is directly related to the relationship with his wife, Oriana, who he married in 1926 and who also had a successful career as a humorous journalist and writer. She wrote several best-sellers, including memoirs Over at Uncle Joe’s: Moscow and Me (about her time in Moscow with Brooks in 1946), and Manhattan and Me (an homage to her home city as she was born in Greenwich Village), and Big Eyes: My Life to Live which used the illustrations of famous pin-up artist, Earle K. Bergey, for a scene from the novel.

Oriana’s son, Bruce Torrey MacIlveen (from her first marriage), was a business manager for NASA at Marshall Space Flight Center and with the Army Corps of Engineers, even working for Wernher von Braun’s team for awhile. He was posted here in the 1950s and stayed for the rest of his life. When Brooks and Oriana could no longer care for their retirement farm in Durham, New York in the Catskills, they elected to move to Huntsville to be close to family. They lived in southeast Huntsville with neighbors not realizing the importance of those near-by. The Huntsville Times knew about Brooks and his Huntsville connection, running a 1965 article on Brooks and Oriana that featured Bruce, his wife Dorothy, and the family.

Bruce and Dorothy have passed away as well as some of the grandkids. However, one grandson, Jim MacIlveen, and his wife, Margaret, live in Decatur while another grandchild, Heather, lives in New Jersey. Brooks and Oriana often had the grandkids come and visit at their farm in Durham. It was a quiet haven that featured walks in the evenings with Brooks to highlight nature in the area, pointing out things that they would have otherwise taken for granted. Brooks was also a well-known conservationist who wrote an eco-friendly book, This Bright Land (1970), that brought attention to the need for conservation of our natural resources in the United States, both fauna and flora. Oriana wrote in her memoir, Not Only Ours, of some of the humorous family adventures on the farm such as bathroom snakes, the trials of growing roses, hiding in hay stacks, or ghosts in the attic. It’s clear the kids had a grand time, whether dinner time and Brooks’ literal passing of the biscuits (a throw across the table) or swimming in the family pond. Today, Jim is a naturalist himself, a well-known beekeeper who credits his grandfather with giving him that love of nature.

Jim had this to say about his grandfather, “Brooks was a stoic and somber gentleman. I never saw him smile or laugh, even when he did funny things. He was very proper for a man of his time and environment.…He smoked a pipe and always wore a bow tie which I do on occasion. We always had conversation after dinner (how many families do that today?) and always two, just two and no more, drinks with conversation after dinner. The one memorable occasion for me is that as, a child, fresh horseradish was made from roots dug up at the cottage. I had never had horseradish and stood up in my chair at the dinner table and leaned over and took a big whiff of the horseradish and my diaphragm froze and was not able to exhale. Oriana came over and grabbed me and pumped my arms up and down, trying to get me to breath. I passed out but regained consciousness….”

Brooks died in 1984 and Oriana in 1989, both receiving notice in the Obituary column of not only the Huntsville Times but across the world, including the New York Times. Oriana is buried at Valhalla Cemetery but a certain mystery surrounds the placement of Brooks’ remains. For whatever reason, Bruce, his stepson, is rumored by the family to have taken a trip to New York with Brooks’ cremated remains. He went to both New York City and to Durham but he never said what he did with Brooks’ ashes. For all we know a small dot of ash sits buried on his beloved Broadway, and another group may be scattered in the Catskills, and maybe…just maybe, a bit of him is in North Alabama, in a place of memory only the dead can answer. Regardless, his legacy and Oriana’s will forever be marked on the stage, and in the annals of newspapers and books loved the world over.

Publisher of the Brooks Atkinson Series and the Women War Correspondents Series, including Oriana Atkinson, with the Ardent Writer Press