AHSLAA Awards Ceremony at the Alabama State Capitol conducted by AWF on March 12, 2014.

Several North Alabama students won awards from the Alabama Writers Forum and were recognized for their efforts. These include Mary Butgereit of Bob Jones High School who attended with her mom, Leigh, and Cheyenne Dalton of Scottsboro High School who attended with her mom and dad, Mr. and Mrs. Tim Dalton, and her teacher, creative writing instructor Holly Michaels.  Sen. Arthur Orr and Rep. Mack McCutcheon attended and recognized these gifted students as well.

The program was well planned and executed by AWF’s fantastic Executive Director Jeanie Thompson and her staff, including Nancy Hutcheson and Danny Gamble.  Even Board President Kirk  Concutt stepped into the action with a rousing and humorous address to the many students, teachers, and parents at the ceremony.  Fellow board member Jim Buford of Auburn attended as well.

PHOTOS are on the following page (Click “Continue Reading”). 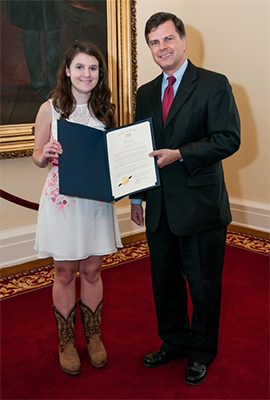 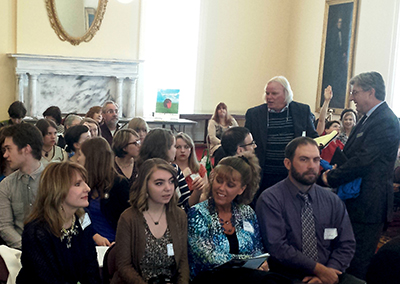 AWF Board Member and publisher of the Ardent Writer Press stands with Cheyenne Dalton, Scottsboro High School, and her family, Mr. and Mrs. Tim Dalton 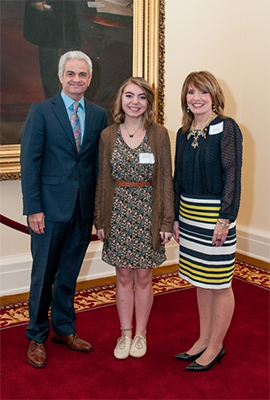 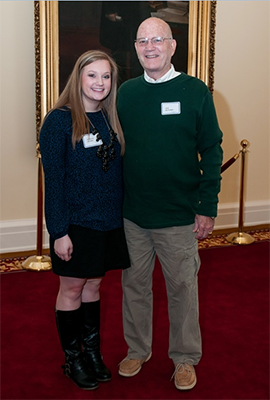