This independent publisher in North Alabama launched in July, 2012.  We are seeking fiction and non-fiction writers.  If you are an author looking for an Alabama publisher, then consider what we offer.  We seek to specialize in an author-friendly business relationship in hopes of reaching writers with an intelligent and imaginative story to tell readers. 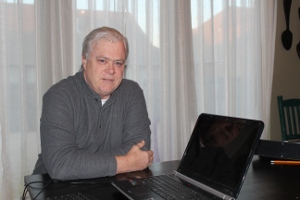 Dale “Steve” Gierhart, Ardent Writer Press, Publisher and Editor, is a retired business manager for the United States Army. Based in Huntsville, Alabama on Redstone Arsenal, his career lasted from 1975 to 2010 in which he managed contracts, finances/accounting, and cost estimating for several missile defense systems, among which were Stinger, Avenger, Chaparral, Sentinel, JLENS, SLAMRAAM, and Non-Line of Sight.  The author wishes to thank the many co-workers, peers, and contractors who made these programs successful.  It is their tireless work that brought these systems to the soldier that needed them.  While budget constraints made it difficult for some of their work to see its full potential, they never blinked, they adjusted.  They persevered.

Steve hails from Shawnee, Oklahoma; but most of his adult life has been spent in the beautiful hills of North Alabama where he lives with his wife, Bonny, who raises Tennessee Walking Horses.

Steve is a member of Coffee Tree Writers of Huntsville and is a former North Alabama representative for the Board of Directors of the Alabama Writers’ Forum, a partnership program of the Alabama State Council for the Arts.

Between them, Steve and Bonny have 5 children and 9 grandchildren.

He enjoys writing now that he is retired and plans more excursions of the imagination.

Steve and Bonny, a retired engineer who worked as a contractor on several NASA and Army programs, will travel in their retirement though 15 horses, 4 dogs and 4 cats can crimp the best of plans. 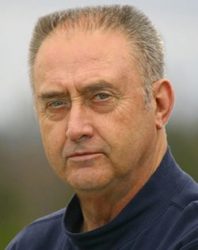 His name is Doyle Duke, Editor-The Ardent Writer Press. He’s seventy-six years old and has been married to his wife, Fay, for fifty-five years. They have two children, four grandchildren, and two great-granddaughters. In the working world, Doyle made his living as a photographer and lab technician.

He spent eight years in the U.S. Navy as a photographer’s mate. There, Doyle attended three photographic schools, was a designated motion picture photographer, and rose to the rank of First Class before deciding not to make the Navy a lifetime career.

During Doyle’s career in the real world,  his two major employers were the Chattanooga Times Newspaper and Hinkle’s Commercial Photographics. He attended local colleges, business and art, and managed to complete one year.

Later, his interests turned to social issues such as overpopulation, pollution, the depletion of our natural resources, racism, and of course, the old good versus evil puzzle, religion. Doyle has self-published four books: The Amazing Deception: A Critical Analysis of Christianity, Extended Vacation, and two in a series, In Search of Camelot & Tomorrow’s Dreamers.

He is now working on a memoir of his early life and uses his good friend and employer, Steve Giehart, to help keep the boogers of senility and old age at bay by assisting him at The Ardent Writer Press. If you believe you have something you wrote worth publishing, feel free to contact him at doyle@ardentwriterpress.com. 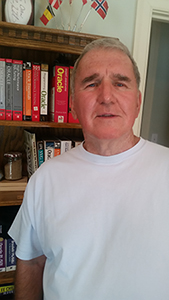 His name is Dan Posey, Editor-The Ardent Writer Press. He is a twenty-two year veteran of the US Air Force. His Air Force career included a tour with the Thunderbirds and four years in foreign military sales where he was responsible for developing and documenting an automated data processing system for collecting data from the European countries building and flying the F-16 Fighting Falcon.

Like Steve, he has had a love for books since he learned to read. A few of his favorite authors are Robert Ludlum, Tom Clancy, William Edmund Butterworth III writing as W.E.B. Griffin, Daniel Silva, Lee Child, and Catherine Coulter.

His post Air Force career was as an Oracle DBA, software developer, and technical writer.

As an assistant-editor for Ardent Writers Press, Dan is always on the look-out for the next Tom Clancy or W.E.B. Griffin. If you believe you have something you wrote worth publishing, feel free to contact him at dan@ardentwriterpress.com.

DON'T send a complete manuscript until we ask to see it.

DON'T send a mailed copy of your query or your manuscript. The Ardent Writer Press uses email. We DON'T return unsolicited manuscripts. If we elect to review your complete manuscript, we will ask for it.

DON'T send even a query email if your novel/novella/book is UNFINISHED. A finished product includes a quality edit of your own work.

DON'T send multiple manuscripts or queries. You may have five potential best sellers at home, but we want to review only one at a time.

IF we decide to evaluate your complete manuscript, we expect you to inform us if other publishers are reviewing your work. However, until such time that The Ardent Writer Press elects to spend time evaluating your work in depth, it is completely acceptable that the author query several literary agencies and/or publishers simultaneously.