On Saturday, February 28, Monte Sano United Methodist Church and Reverend Dale Clem sponsored the 3rd Annual Monte Sano Writers Conference with one hundred or more eager writers who were also blessed with a beautiful snowy and sunny day on the mountain.

Linda Hickam, wife of author Homer Hickam (The Rocket Boys and many other novels and works), coordinated the successful event while Homer emceed the conference and talked about writing. Sessions addressed both Fiction and Non-Fiction writing. The business aspects of publication, including not only getting published but marketing and speaking were addressed for the multitude of interested writers and authors. Among the luminaries were Robert Benson (Dancing on the Head of a Pin), whose successful reflections on life and happiness have touched millions, and debut author Robert Bailey whose legal thriller, The Professor, gains both critical and fan raves and tops the charts for its genre. Among the others were Ardent Writer author Charles Farley (The Hotel Monte Sano) discussing historical fiction and biographies, Ronnie Moore (Nocturn) discussing dark fiction in hilarious fashion as well as the use of websites and social media in marketing, Kathryn Lang (Run and Practical Proverbs) discussing tourism literature, Rev. Dale Clem (Winds of Fury) discussing devotional writing, successful song writer and musician Terry McNeil talking about publishing and writing songs, Sally Sharpe, senior editor, Abingdon Press, discussing the publishing game, Lou English, discussing the benefits of writers groups, and the Coffee Tree Writers Group’s own Dr. Shirley Garrett (Stop the Craziness) discussing speaking and presenting your writing.

Adding to the festivities was a tasty lunch prepared by the church staff and time for the many participants to talk to presenters.

The Ardent Writer Press wants to personally thank Rev. Clem and the Monte Sano United Methodist Church for a wonderful, well-spent day as well as Linda Hickam for the outstanding job in coordinating the flawless and well-paced event. 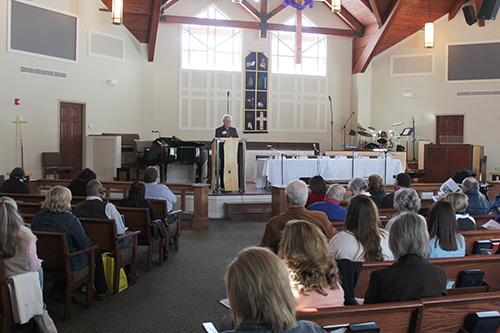 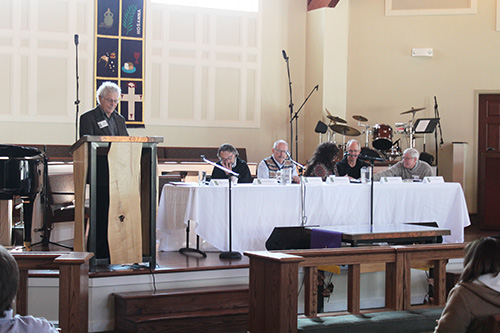 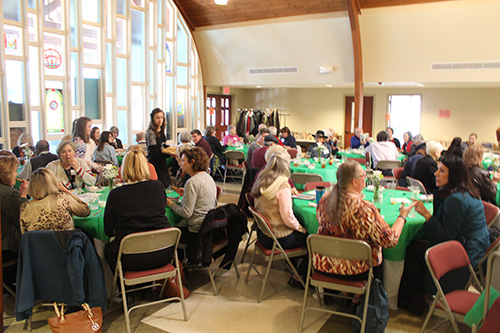 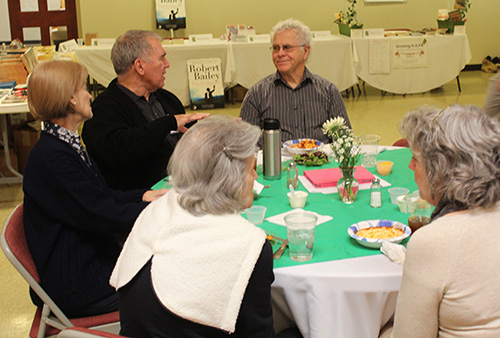 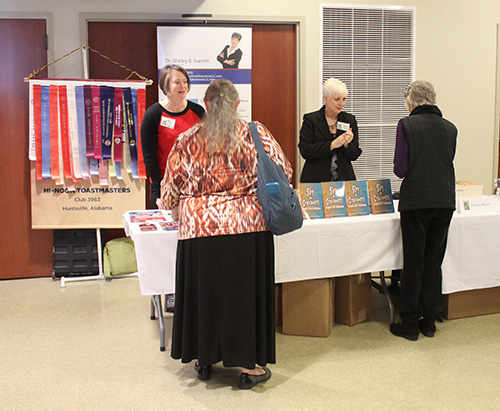 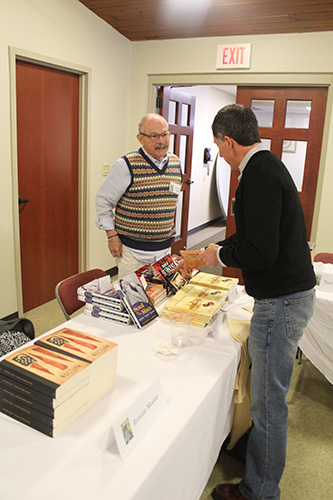 Author Charles Farley displayed his many novels and his biographical work 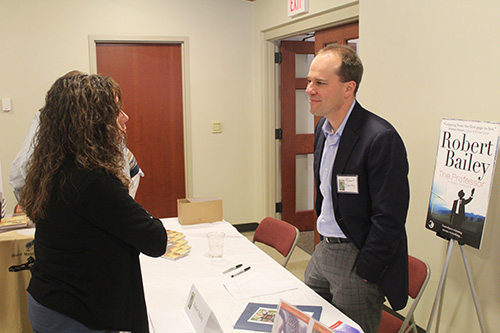 Author Robert Bailey discusses The Professor with a fan 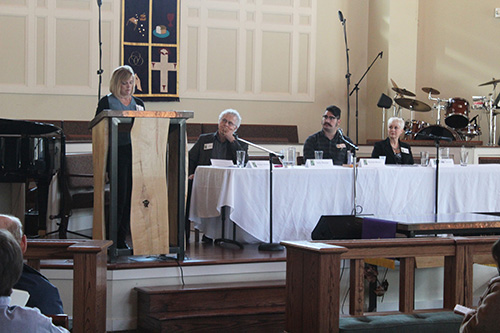